Did you know that Mexico is the world’s second largest importer of molds and tools?
#electronics #consumer #automotive

Did you know that Mexico is the world’s second largest importer of molds and tools? It is, according to statistics shared by Asociación Nacional de Industrias del Plástico (Anipac), a trade organization that says it is the “voice of the plastics industry in Mexico.” In addition, Anipac says Mexico enjoys the following, additional rankings: 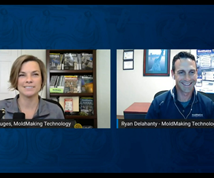 Video: Working On and In An Apprenticeship Program

What’s driving these growth figures? Anipac says significant momentum has been gained mainly in automotive parts but also in industrial parts, spurred by an evolution in the automotive, electronics and aerospace industries. Because of OEMs like BMW, Audi, Mercedes and Volkswagen, Mexico has seen new molding facilities opening to better accommodate growing OEM demand, and Anipac says it is in plastics machinery that the greatest volume of new technology investments is happening. With new molding facilities comes greater demand for mold manufacturing and related businesses.

These statistics are further supported by news releases MMT is receiving. For instance, MGS Mfg. Group Inc. recently announced that it acquired a 125,000-square-foot injection molding facility in, Juárez, Mexico, from Jabil Inc. The plant has 65 injection molding machines and 500 employees who manufacture plastic parts for automotive, electronics and consumer products, just as MGS’s molding plant in Chihuahua, Mexico, does. MGS says it first entered the Mexico market in 2008, and business at the Chihuahua plant has grown 10 percent annually over the last four years, spurring the company’s investment in more capacity to continue serving OEMs, brand owners and Fortune 500 companies. Still, there is an ongoing climate of uncertainty over renegotiation of NAFTA, but Paul Manley, MGS president, said, “While there's uncertainty, when we look at our customers continuing to invest in Mexico and localize manufacturing from Asia to Mexico to service the North American market, we see a strong manufacturing relationship between Mexico and the United States at the moment, and we must make decisions for our business based upon what we know today." Before the Juárez acquisition, most of MGS's sales, about 45 percent, came from the health care market, which isn't served by either facility in Mexico. The company also does substantial work in markets for electronics (22 percent), automotive (18 percent) and consumer products (8 percent). "While health care has been our fastest growing market," Manley said, "we see value in the diversification of the markets we serve."

I heard similar rationale from other companies based in the U.S. and Canada when I wrote my recent feature titled “Mexico: Manufacturing Mecca to the South.” Moldmaking companies I interviewed told me that opportunities in Mexico are increasing, and supply-chain businesses like Ellwood Specialty Steel, DME/Milacron, Mold-Masters / Milacron and Gesswein & Company are opening new facilities there to serve the growing needs of the plastics industry.

Anipac says challenges faced by companies operating in Mexico include keeping up with technology, access to high-quality products at an affordable price, production efficiency and training, among others. Again, I find this to be true based on what I learned when writing my October feature. In fact, even Mexico-based mold manufacturers are having trouble finding, training and retaining good employees. It seems to be a North American problem and not just a U.S. and Canada issue.

MMT will continue to monitor the mold and tooling market in Mexico, as it certainly shows signs of growth and opportunity.