U.S. moldmakers are increasingly noticing projects coming back from offshore. But it’s not happening because of some wave of patriotism from their customers. Instead, it just increasingly makes more dollars and more sense.

More and more, molds built offshore are arriving in U.S. plants in need of attention before they are approved as ‘up to customer standards’. Here, John O’Kelly (left) and Larry Hauck of PM Mold Company inspect a recent arrival in their plant. Photo courtesy of Progressive Components.

There have always been examples and anecdotes in the past about molders getting burned with overseas tooling and projects returning, yet foreign tooling increased. Now however, there have been changes in the global landscape that have led to an evolved mindset where the cheaper is better mantra does not hold up over the long run. 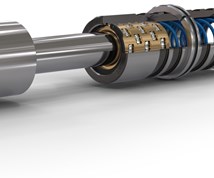 There are some who have related stories about intellectual property theft, sensitivity issues, and more that has compromised a customer relationship and the confidentiality agreement that is so often a part of a project.

For molders and moldmakers who thought they had partners established with offshore sources, they instead became a stepping stone toward an introduction to their customer.

At the OEM level, an account recently involved a Texas household name that specializes in consumer goods. The move had been made to outsource the tools and molding for its products to China, until it discovered that the vendor was attempting to copy its product designs. After a clear infringement of intellectual property rights and trust, the OEM has since brought all of its tools back to the U.S. and has reestablished its manufacturing program here.

These kinds of experiences have been enough for many moldmakers, molders and OEMs to reassess their alliances and select partnerships with more likeminded companies.

Upon mold delivery there are often start-up pains, where there’s the inevitable qualifying and tweaking prior to production. With tooling built in an environment of different quality standards and design practices, it’s rarely clear how many cycles it will take to get good parts, and with shortened product launch schedules, a cheap mold can result in an expensive missed release.

John O’Kelly of PM Mold relates this story: “We had a customer send us four tools, of which one was built nearby, and three were from China. The offshore molds were never properly qualified for production before they arrived here to run and there were a lot of problems with them ever since. They simply were not able to qualify for production to our customer’s standards. It wasn’t so much due to poor craftsmanship, it’s just poor engineering. Often corners are cut that are too subtle for the mold buyer to recognize. In contrast, the mold that was built here was qualified and put into production—and is still running—from the very first day.”

Brian Zopel at Cameo Mold says Cameo has been experiencing many molds being returned to the U.S. from China, mostly by customers in the medical, housewares and food service industries where leadtimes can be critical.

“Some customers are also just fed up,” Zopel reports. “Ongoing quality issues, combined with increasing costs overseas, were the big reasons,” he says. “I see some of the bigger molds coming back especially because of shipping costs. We’re about 18 people total, so we don’t have a lot of overhead, which allows us to offer more flexibility and competitive pricing. Lights out manufacturing and more efficient machining practices, also are making the difference.”

If tool procurement personnel are only concerned with their budget, then a cheaper tool will accomplish what they want: initial savings of the capital expenditure. But if an organization recognizes that profitability stems from efficiency throughout its manufacturing process, and at the heart of that process there is an injection mold that can make or break its customer’s launch, then there is less focus on the tool procurement silo and more emphasis on seamless, collaborative tool startup.

Once a mold is qualified and in production, other critical factors come into play that can affect the tool cost-of-ownership: ease of assembly/disassembly, interchangeability of multi-cavity inserts and components, and availability of standard replacement components (i.e., daters, sleeves, latch locks, etc.)

“It does the molder no good to have had the mold cost less and then at the year-end changeover he can’t locate a compatible dater and so now he is re-machining,” states Steve Johnson of ToolingDocs, a company that trains and certifies mold maintenance technicians, and audits molders’ toolrooms.

“These tools are the most important link to the prosperity of one’s company,” Johnson adds. “They require proper care and attention. Substandard tooling requires exponentially more attention and resources, all of which equates to more dollars that can add up very quickly.”

It’s unlikely that a moldmaker who is close in proximity to his customer or molder will take any shortcuts because when a performance issue pops up, they’ll be stuck with no-charge fixes.

The Project Manager at a major Chicago area OEM manufacturer of consumer food service products shared these thoughts: “Sixty-six percent of the problems you have with manufacturing originate with your tooling. You have to have good tools to start with. Seventy percent of the costs are in the resin; 11 percent is labor. So what do you really have control over? Our solution is to build high cavitation tools and keep those presses running. The tools I am working with here seem at first to be very simple, but the key is to run these tools lightning fast and run them forever. Only quality tooling that is built right will meet this goal.

“We’ve also had customers come back to us and say they have quality concerns; they want to sell a safe product,” he continues. “With all the consumer issues that have arisen, if they get caught up in that, they are risking multiple millions of dollars. We don’t want that to happen. We want to provide tooling, and therefore products, that they can trust. We can provide that with U.S.-built tooling. Sure, there are tool shops in Asia that can deliver a quality tool, but then you are now paying similar rates, so why leave the country? It’s no longer competitive.”

“Show Me the Money”

Many offshore moldmakers require payment to be made for the mold prior to releasing the tool for shipping. This is an act of faith that is not required by a U.S. mold builder. And now after that check is cut, molders are assessing where the savings is, and where it is not.

“The changed economy and the value of the dollar are why companies are really doing the math now,” explains O’Kelly. “You have to look at the true costs. I can quote a mold offshore and get it for less, but that is just the beginning of the tooling investment. When you look at the cost of following the tooling, seeing all the cost factors that go into doing that are immense. The trips overseas are very expensive; you have shipping costs. Once the tool is back in the U.S. you aren’t going to ship that tool back to China for repairs or maintenance. If you are molding in China, you have to go over there and make sure the molding company is up to the standards of your customer. Many times they are not.”

“The major problem was that way too many purchasing folks were not involved in actually understanding that this tool was going to be running over a long period of time,” offers the OEM Project Manager. “It’s like there’s a disconnect. For instance, take resin. These guys get a big bonus based on purchasing resin for a half cent cheaper, but they aren’t there when the stuff won’t run. The same scenario applies with tooling. We once bought tools from Asia where I actually found ball bearings that are 72RC hard in the steel. They had to be gun-drilled out or worse. We’ve tried three programs and all have come back with less than satisfactory results. We have the best tool shops right here in America for delivering a profitable tool. And if there are any revisions or issues that arise, there’s something to be said for being able to get in a car and go check on your tooling.”

Costly travel and time zone differences have taken on more prominent roles in the decision to bring back tooling, or at minimum, to scrutinize and reassess one’s tool cost presumptions.

Recently, a tooling engineer for a large Midwest OEM said that while many mold programs are still sent to China, where they are very closely monitored, the company increasingly accesses local mold builders because he makes a point of factoring in the lifetime costs of each project.

“It’s more than just the up-front tool cost,” he says. “I look at the complexity of the molds being built, how many visits we’ll have to make to check on progress and enforce our standards, travel expenses, material costs, shipping costs and other factors. I frequently find that working with smaller U.S. shops of 12 to 20 employees can be much more cost-effective than some big mold exporter. There is better connectivity, no administrative hoops to jump through and better qualifications on the shop floor where it counts. More often now, my local mold builders can turn a project around faster and more economically than a Chinese vendor can.”

For the many moldmakers, molders and OEMs who have war stories now shaping their purchasing decisions, a bulletin board has been established. Enable others to benefit from your experiences by adding a posting to http://www.amba.org/Guestbook.php on the American Mold Builders Association Web site. It’s a different world now, with different experiences, and sharing these experiences can ultimately make a difference for U.S. mold builders and the customers who they serve. 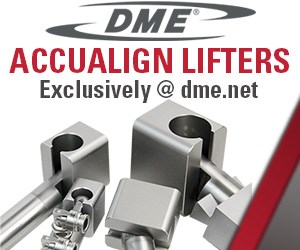