Components manufactured at the Canadian and Californian plants are used to build the molds. This results in a singular approach to operations management, allowing Stackteck to balance manufacturing capacities.

With two locations and 300 plus employees, StackTeck (Brampton, ON)—the fifth largest manufacturer of plastic injection molds in North America—specializes in complex intricate molds like a recently built 128-cavity, 4x32 stack mold. This type of work is difficult enough without reducing leadtimes, but StackTeck's lean efforts—a combination of several programs like Theory of Constraints (TOC) and 5S-plus—have resulted in leadtime reductions of 40 to 50 percent without overtime and 2004 sales in excess of $51 million

In addition to being such a big player in the industry, StackTeck—comprised of StackTeck Canada and StackTeck California (Walnut, CA)—also has the distinction of being the largest producer in its core markets, according to StackTeck General Sales Manager Jordan Robertson. "In addition to plastic injection molds, we offer plastic part design, flow modeling, part prototyping, limited part production for market launches, system integration and turnkey systems," he notes. 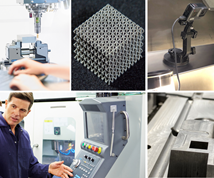 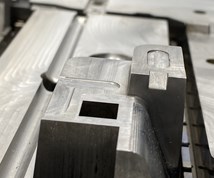 From CAM, Cutters and Cooling to Corrosion, Cleaning and Control

The company's success can be attributed to a number of factors acquiring and subsequently uniting several niche moldmaking organizations, implementing a combination of several lean manufacturing principles and using the latest in technology to implement its new practices. Furthermore, StackTeck currently holds 26 patents related to a variety of different market segments. One of these patents enables its four-level stack mold design with a fully balanced hot runner. .

The StackTeck that exists today was six years in the making. Tradesco Mold Limited (Rexdale, ON) was the first company, or platform company—specializing in high volume molds—including multi-level stack molds for high-speed thin wall applications. In 1998, Tradesco joined forces with Fairway Molds (Walnut, CA), a producer of ultra high precision molds for consumer disposables—including two-material, bi-injection and stack molds. "At that time, we decided to create a strategic umbrella for this organization and call it StackTeck, under which the two operating divisions—Tradesco and Fairway—would operate autonomously," StackTeck President David Brown explains.

A year later, Unique Molds (Scarborough, ON)—specializing in high volume molds for caps and closures, including medical and pharmaceutical applications—was the last to join the team. StackTeck's trio of moldmakers offered its customers one-stop shopping with a large variety of molds and services.

As the company capitalized on ser-ving its niches and was well on its way to becoming a one-stop powerhouse, StackTeck executives realized it was time to take things to the next level. So in 2001, Tradesco and Unique merged as StackTeck Canada—joining forces at a single location just north of Toronto International Airport. This new facility offered the opportunity to consolidate certain functions—such as plate manufacturing and mold testing—while the key areas of core/cavity insert manufacturing were kept distinct and separate. Fairway Molds was renamed StackTeck California.

"An increasing number of our molds are built using components manufactured at both the Canadian and Californian plants, resulting in a drive to have a singular approach to operations management," Robertson notes. "This approach allows us to balance manufacturing capacities, and provide mold deliveries that are faster overall."

Once the consolidation was complete, it was time for StackTeck to trim the fat off of its mold design and build processes. According to Brown, when the company first started thinking lean about five years ago, they realized it would be a massive undertaking and they wisely sought assistance from a team of lean consultants.

After the consultant team came to the shop in the summer of 2003 to observe daily operations, Robertson notes that the central changes occurred over a 14-week period—during which a team of four to six of the consultant's personnel remained on-site. Customer-driven teams were created to realize four objectives: (1) accurately defining customers' expectations, (2) establishing kaizen (see Defining Kaizen Sidebar), (3) improved communication among StackTeck employees; and, (4) a clear definition of common goals.

Reducing costs and leadtimes, nominal inventories, no defects, continuous improvement and better customer responsiveness were some of the teams' common goals. To achieve these goals, they looked to a combination of several strategies.

Theory of Constraints (TOC, see Theory of Constraints Below) was applied to identify and eliminate bottlenecks and keep the company on its schedule—thus maximizing throughput—Robertson explains. "In the bottleneck area of grinding, capacity requirements were reduced by 15 percent by moving specific operations to another area," he notes.

According to Allan MacDonald, lean manufacturing manager, another result of implementing TOC was working smarter—not harder. "Sometimes, we'll work on a part at individual stations, instead of working on many parts at once," he notes. "Or one group will devote themselves to working on cores for a mold, while another group works on that same mold's cavities concurrently."

Robertson describes StackTeck's 5S-plus initiative as separate, sort, scrub, standardize and sustain—plus safety. To keep track of this program, the company uses red tags—forms with checkboxes on them—which identify the classification of the item, the reason for the item and the disposition required for the item. Then, there is a dated sign-off for whatever action is taken.

This initiative makes it easier to track the mold design and build process as well as find essential items and eliminate unnecessary items and processes, Robertson adds.

"StackTeck's internally developed management information system envelops our entire business process flow from quoting to shipping—allowing visibility throughout the organization," MacDonald notes. "Management reports are generated from this data, including capacity loading and project management focused on production constraints. Combined with lean methodologies—such as one mold flow and sequential flow—we have created better tools to ensure we're working on the right component at the right time. Using this approach, we have reduced the idle time between sequential operations."

Robertson adds that this system is a legacy Enterprise Resource Planning (ERP) system that was custom designed for the company and is web-based. "It offers tremendous flexibility—especially as we have moved to use software developed at one facility for another plant altogether," he comments.

So, what is next for this Leadtime Leader who has found success in a specialized market with shrunken leadtimes? Brown feels that the capacity and sophistication of the company's engineering and manufacturing groups is unparalleled in the industry—and will continue to grow the company. "Large programs that are technically challenging present a challenge to our competitors," he emphasizes. "In the high technology category of four-level stack molds, these strengths have led us to hold a market share of approximately 80 percent."

When StackTeck combined Tradesco and Unique in 2001 in a new 160,000 square foot facility, Brown decided to lease another 65,000 available square feet to a warehousing company. Future plans are to use this space for additional acquisitions of leading mold manufacturers in other industry segments (see Acquisition Checklist Below).

Globally, the company is looking to target an acquisition in Europe, and is currently working with a partner in Asia to establish an operation within that region. And, they hope to also focus on international patent coverage, Brown adds. Undoubtedly, StackTeck has no plans on slowing down anytime soon. Brown simplifies StackTeck's five-year plan. "We are working to enhance the expertise resident in the original businesses, while exploiting the opportunity to harness all of our strengths into a single business that is much stronger than the sum of its parts."

Developed by Dr. Eli Goldratt—an educator, author, scientist, philosopher, philanthropist—TOC is a business management philosophy that addresses the acknowledgement of cause and effect. The thinking processes of TOC provide a series of steps, which combine cause-effect with an individual's own experience and intuition to gain knowledge. That knowledge can then be applied to understand why things happen and how the future can be improved.

The TOC consists of three parts:

Here are some of the characteristics StackTeck looks for before it acquires a business—qualities that the original StackTeck companies possess.

A combination of sophisticated equipment and systems—in addition to more than 50 mold designers—keep StackTeck at the top of their game: