Half of mold production is for internal use. Specialties include two-shot molds, stack molds and molds for biodegradable implantables. Photos courtesy of Mar-Lee Companies.

Mar-Lee Companies, a toolmaker and molder, posted impressive results in 2008, due primarily to operations in medical, where business increased some 25 percent over 2007. The outlook for 2009 is encouraging—20 percent greater sales in medical and company growth of 10 to12 percent, says Stan Bowker, Vice President.

Medical products account for about 35 percent of business at Mar-Lee (Fitchburg, MA). Moldmaking is 10 percent, and consumer packaging and cosmetics have roughly equal shares of the balance. 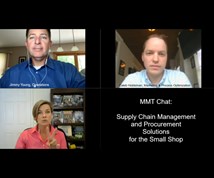 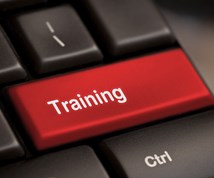 Sales in 2008 were around $25 million, says Bowker, who credits the company’s performance to its product mix and capabilities. “We’re in the right business segments,” he says, especially when it comes to medical, which “has a lot of OEMs in this area.”

Mar-Lee, in turn, has much to offer medical OEMs. Capabilities include tool design and process specialties like two-shot molding, stack molding, absorbable molding (more on this later) and automation. “We’ve been able to win business and continue growing because of the way we’re aligned to service customers,” Bowker says.

Automation is an important capability, one that affects mold design as well as part quality and economy. Mar-Lee uses automation on molding lines for operations ranging from assembly and finishing to inspection and quality control. To optimize these operations, parts must be precisely molded. This calls for balanced resin flow, high dimensional tolerance, even heat distribution and efficient cooling among other aspects of tool design. Molds also must be engineered to minimize or prevent flash and to meet cleanroom molding conditions.

Automation is vital to business for several reasons. The most obvious is that it achieves high levels of quality in part production. But it also holds the line on labor costs, which gives Mar-Lee a competitive advantage. And automation increases the secondary operations Mar-Lee performs. This is important, Bowker says, because many OEMs outsource a lot of their work. “They are cutting back on in-house capabilities and looking for suppliers to pick up the slack. The more you can do, the better.”

One such product is absorbable implants. These are molded screws and other devices that are used to surgically reattach anterior cruciate ligaments (the notorious ACL of sports injuries) or other ligament tendons to bones. Mar-Lee molds them of polylactic acid—a biodegradable resin that is absorbed by the body—thus eliminating the need to surgically remove the devices afterward.

To build a mold for absorbable implants and other devices, Mar-Lee Mold (Leominster, MA) operates a “high-end shop,” Bowker says, where 50 percent of production goes to the company (including packaging and cosmetics) and the rest to outside customers. Equipment includes 3- and 4-axis vertical and wire EDMs, high-speed CNC machining centers and lathes, flat and cylindrical grinders and micro-welding systems.

The company operates 33 injection machines ranging from 30 to 750 tons, and employs about 90.

Mar-Lee has built molds for about 40 years, Bowker says, and remains viable in an area that has seen a significant consolidation of the industry. This is reflected in the fact that the ratio of molds Mar-Lee builds for its needs is increasing. “We will continue to invest in moldmaking, but not look to grow it,” Bowker says. “It’s becoming more of a support for in-house work.”

The company plans to increase business in its current markets. If growth continues at its current pace, there could be plans for expansion in late 2010, Bowker says. “We’re looking at products that need value-added features, where we can apply our expertise in automation, design and tooling to develop relationships with customers.”