With laser welding, the tool steel doesn't harden, soften or crack the area. It keeps distortion and weld sink down.
#toolsteel

Five Star Tool Welding Corp. (Butler, WI) has specialized in welding/mold repair for more than two decades—particularly in TIG and micro TIG welding. When laser welding became the industry buzzword approximately 5 years ago, Five Star President Joe Canfield decided to give it a trial run, and was so impressed with the results of laser welding equipment manufactured by O.R. Lasertechnology Inc. (Elk Grove Village, IL) that he currently has three machines in his shop—two HTS Mobile 160 laser welding systems and a LRS 120 laser welding system.

Nearly 90 percent of this Five Star’s business is plastic injection molds for both tool shops and molders—with a small portion attributed to die cast. The company used to only perform TIG and micro TIG welding before bringing laser welding machines into the shop. “The biggest challenge we face when we TIG weld is that there is a lot of heat input into the parts,” he notes. “Most pieces had to be preheated because the tool steels were in the hardened condition and we didn’t want to crack them.”

What Is the Difference Between Knit and Meld Lines and Why Does It Matter?

Canfield did his homework, researching a variety of equipment before choosing O.R. Lasertechnology units. “We decided to give the machine a try for three weeks,” he states. One of O.R.’s employees stayed here for a day and showed us how everything worked. He even did a couple of jobs for us. We were very pleased with the results, and purchased another unit three months later. We just purchased our third unit six months ago.”

Canfield points out that training was relatively simple after the O.R. representative spent the day with them. “You don’t necessarily have to be a welder to operate a laser welder,” he says. “It is mostly about hand/eye coordination. After someone is trained, we let them play with the machine for a little while. It is a self-learning skill that comes with practice.”

“With laser welding, the tool steel doesn’t have to be preheated because the heat input is so minute it doesn’t disrupt any of the surrounding area, that is, it doesn’t harden, soften or crack the area,” Canfield explains. “In that respect it keeps distortion and weld sink down.

“It makes the molds look a lot better,” Canfield continues, “because minimal amount of weld and shrink is actually added to the areas (other welding methods cause shrink). There also is no heat affected zone because the laser doesn’t affect the surrounding area. Plus, there is no preheating and less rework. When the customer gets a laser job back, they save a ton of money because it was lasered welded versus TIG or micro TIG welded where they would have to spend extra time taking weld off. In some cases this time can be cut in half.” 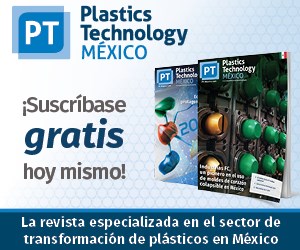