Founded in 1966, Sturgis Molded Products (SMP) in Sturgis, Michigan, is a large, family-owned, custom injection molder that manages nearly all of its own tooling. SMP operates four plants with a combined area of 215,000 square feet/19,974 square meters. The company employs 215 associates, molds 200 different materials, maintains 600 active molds and is equipped with 70 injection molding presses—ranging in size from 50 to 1,900 tons/tonnes—plus a fully equipped tool room. Sturgis combines its 50+ years of experience in part and mold design, engineering and production with scientific injection-molding techniques to produce precision components for customers in the automotive, commercial truck, medical device and furniture markets.

Results: Not only did tool work perfectly, and parts mold without warpage, but the molding cycle was reduced for this high-volume automotive program.

A few years ago, Sturgis was asked by one of its Tier 1 customers, who also molds, to take over production of a structural sliding-window rail system, which permits rear pickup windows to slide open and closed. Even though the material being molded was unreinforced and unfilled polycarbonate/acrylonitrile butadiene styrene (PC/ABS), an amorphous copolymer, the fact that the part’s geometry was a 50+-inch-/127+-centimeter-long and thin U-channel meant that it was prone to warpage due to post-mold residual-stress relaxation. Hence, along with a four-cavity tool for the program (to mold two upper and two lower rails), Sturgis also inherited a long molding cycle and elaborate cooling fixtures to help deal with the parts’ tendency to warp. Initially, SMP tried changing process conditions to reduce warpage, shorten cycle times and eliminate the cooling fixtures, but eventually, it made do with what it had. A few years into molding rails for that program, Sturgis was asked to quote both a set of tools and molding services for the newest model of that high-volume pickup. 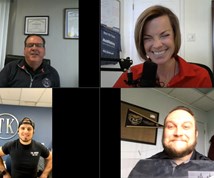 Sturgis is a large, family-owned, custom injection molder in Sturgis, Michigan, that manages nearly all of its own tooling. The company operates four plants with a combined area of 215,000 square feet/19,974 square meters, employs 215 associates, molds 200 different materials, maintains 600 active molds and is equipped with 70 injection molding presses—ranging in size from 50 to 1,900 tons/tonnes—plus a fully equipped tool room.

“We said to our Tier 1 customer, ‘We’ll be happy to quote that tool, but we think we can make it in such a way that the warpage problem is eliminated,’” Paul Feaman, SMP vice president of engineering, says. “We knew from our experience on the previous program that these parts liked to warp, and our own process simulations estimated the direction and magnitude of the warpage we could expect on the new program.”

“Our initial simulation results predicted that the part would oil-can inward along the length of the U-channel and then curve downward on both ends like a frown,” recalls Jordan Avery, SMP engineering director.

While Sturgis was still in the conceptual stage on the new tool, team members used all their process know-how from the previous program, plus all of their engineering know-how on both part and mold designs, to see if they could eliminate the warpage issues. “When conventional means failed to eliminate the problem, we knew it was time to bring in some other experts,” Mark Jarrett, SMP senior program manager says.

A few years ago, Sturgis took over production of a structural sliding- rail system for rear pickup windows. Molded in PC/ABS, the thin U-channel, which was 50+-inch-/127+-centimeter-long, tended to warp. In addition to a four-cavity tool, Sturgis also inherited a long molding cycle and elaborate cooling fixtures (above) to help deal with post-mold stress relaxation. When asked to quote new tools for the latest model in this program, Sturgis applied its knowledge and tools to eliminate warpage. When those failed to solve the problem, CAE Services Corp. of Batavia, Illinois, was brought in to solve the warpage problem.

Working Out the Kinks

CAE Services is especially proficient in applying Kentucky windage and model-morphing techniques during design and simulation work to solve warpage problems. “We’re well known for our expertise in this area, especially in the automotive industry,” Tim Lankisch, CAE Services director of engineering says. “Our staff can evaluate all aspects of part design and the molding process to solve warpage issues and reduce the time and costs involved in design and mold sampling loops using trial-and-error approaches.”

CAE Services exports the reverse of Moldflow’s own warpage predictions—which a moldmaker can’t use directly to modify tool design—and pulls them back into CAD models of the mold to try and morph the design in areas where warpage is predicted, and to protect features from die-lock conditions. The morphed CAD model is then pulled back into Moldflow, where another process simulation is run to make sure the part flattens out. If it doesn’t, or if warpage shifts to another area, then the morphed model is tweaked until acceptable results are achieved. All work is done virtually before the first piece of steel is cut.

CAE Services is a simulation consultant that has built a reputation in the industry—especially among automotive molders and moldmakers—for its ability to solve warpage problems in injection molded parts. By applying Kentucky windage and CAD model-morphing techniques, the company can often save weeks or months of ‘make & break’ design loops, helping customers bring quality parts, molded in wider processing windows, to market faster and at less cost. In the image above, four different simulation meshes represent four stages in the process: the blue mesh is the nominal (target) position; the yellow mesh is the initial warped position; the red mesh represents the position after windage was applied; and the green mesh represents the windage mesh warped back close to nominal position, confirming the selected windage shape. Photo Credit: CAE Services Corp.

They used the minor design modifications CAE Services gave them to cut the core and cavity to the morphed model. Then, once they trialed that first mold, the material shrank as predicted and produced parts that were the correct shape and dimensions.

Not only did the new parts not warp, but Sturgis was able to eliminate the earlier cooling fixtures and lower cycle times, which represents a sizable productivity increase—especially on a program of this size. “That can mean the difference between needing two tools running full-time to meet production targets and three,” Jarett says.

After applying the modified model to produce the mold core and cavity, the tool worked perfectly right from the start and parts didn’t warp, allowing Sturgis to eliminate earlier cooling fixtures and reduce cycle times. Sturgis estimates that CAE Services’ work on the project saved weeks, if not months, and tens of thousands of dollars versus design loops where the tool was modified, parts were shot and evaluated and the mold was changed again if the problem wasn’t solved. Photo Credit: Sturgis Molded Products

“The speed with which CAE Services was able to solve the problem easily saved us weeks, if not months, and tens of thousands of dollars versus taking the old ‘make & break’ approach of modifying a tool, molding parts to see if it worked, and, if it didn’t, modifying the mold again, making parts again, and so forth,” Avery says.

Lankisch says his team followed their well-established process for applying windage and mold morphing techniques. “What we’d like molders, moldmakers and part designers to understand is that when they’ve exhausted all the traditional simulation solutions to solving warpage problems, they can rely on our engineering expertise to fix the problem for them—usually in one to two weeks, sometimes even faster,” adds Lankisch.

Since that project, Sturgis Molded Products has picked up a number of additional components from other customers and has continued to partner with CAE Services to solve predicted warpage problems on new part and tool designs. 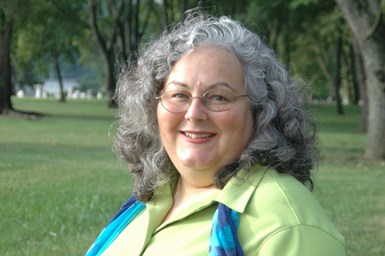 Peggy Malnati is a Detroit-based contributing writer for MoldMaking Technology focused on case study/application stories and shop profiles. She has also been a contributing writer for CompositesWorld since 2006, for which she primarily covers automotive and ground transportation.  A long-time member of SAE and SPE, she has organized and managed large technical sessions and conferences for both organizations as well as for the former Structural Plastics division of SPI. For 15 years, she was a board member and the communications chair for the SPE Automotive Division. She also was editor of the 1994 McGraw-Hill book Structural Analysis of Thermoplastic Components. She has provided writing and communications services for the global plastics and composites industries since 1984.