Podcast: Trends, Benefits of Metal AM for Moldmaking

An episode of the Manufacturing Alliance podcast recorded live at NPE2018 features industry experts discussing who benefits from using additive manufacturing in moldmaking and which AM trends are helping moldmakers.
#3dprinting

Manufacturing Alliance podcast hosts Tony Demakis and Rich Oles recorded a live episode at Gardner Business Media’s booth at NPE2018, during which they discussed the use of metal additive manufacturing in moldmaking with guests William Sames of HTS International and John Tenbusch of Linear AMS.

NPE is all about plastics, but metal additive manufacturing (AM) had a place at the show as well. The event drew many moldmakers, some of which were showcasing metal AM capabilities used to produce plastic injection molds and die-cast dies.

Tony Demakis of The Manufacturing Alliance invited Rich Oles from ROI Rich Oles Industries to co-host a series of live podcasts during NPE2018 at Gardner Business Media’s booth (the publisher of Additive Manufacturing). Along with industry experts William Sames of HTS International and John Tenbusch of Linear AMS, they discussed the present and future of metal additive manufacturing for moldmaking. 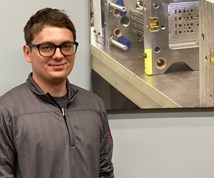 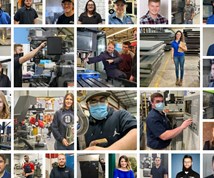 According to the guests, metal AM is already widely applicable for producing molds and dies. “We’ve had a number of our customers say, ‘We could utilize this in 15 percent of the tools we make,’ and many of those guys make 500 or 600 tools per year,” Tenbusch says. As the technology advances further, they expect the use of metal additive manufacturing for moldmaking to grow. Developments like bigger build plates, more process control and less need for support structures have the potential to increase its use. This will also help the technology continue its transition to proactive from reactive. Tenbusch says that more of his customers are turning to AM to make improvements instead of address problems.

One important point the guests made is that moldmakers themselves are often not the ones who experience the benefits of using additive manufacturing. AM doesn’t enable them to produce molds cheaper or faster—but it gives them the ability to create features like conformal cooling channels that cannot be produced with traditional machining methods. These features help users get the most out of a mold by reducing warp in the molded part, improving cycle time and extending the life of a mold. Sames describes it as “putting a Cadillac engine into a mold to make it go faster.” He estimates that 90 percent of the profits from conformal cooling productivity gains go to the users of the mold, not the moldmakers.

The hosts and guests also discussed trends in metal additive manufacturing for mold and die making, including:

Listen to the whole conversation here.