A review of the impact the Tax Cuts and Jobs Act of 2017 has had on mold builders over the past two years.
#covid-19

The impact of changes from the Tax Cuts and Job Acts of 2017 have made on mold shops that have implemented them have resulted in both permanent and temporary tax savings, both of which contribute to your shop’s bottom line.

The Tax Cuts and Jobs Act of 2017 (TCJA) was signed into law in December of 2017 and ushered in several different ways mold shops could either reduce or defer their Federal income tax liabilities.

Two and ahalf years have passed since President Trump signed the TCJA. Treasury has issued dozens of new regulations and other guidance. And now, as a result of the COVID-19 pandemic, Congress passed, and the President signed, the Coronavirus Aid, Relief and Economic Security Act (CARES Act), which modified specific provisions of the TCJA and even provided taxpayer-favorable technical corrections to some of the TCJA’s drafting errors. 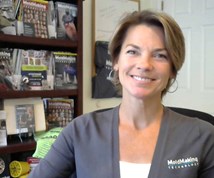 We first wrote about the impact of the TCJA on mold builders and related suppliers in the March 2018 issue. In that month’s article, we broke down the provisions of the TCJA most likely to be relevant to mold shops.

Now with over two years of hindsight, let’s reflect on how some of these provisions impacted mold shops. Treasury provided a significant amount of much-needed guidance, but mold shops are still in the dark on some issues.  The CARES Act further muddled matters by changing areas of the tax code that were just modified by the TCJA, but these changes will ultimately help mold shops.

Shops organized as C corporations saw a reduced tax rate of 21%, replacing the graduated rates of 15 to 35%. Pass-through entities (S corporations, partnerships and sole proprietorships) also saw reduced tax rates, as individual tax rates were reduced across the board. Most U.S. mold shops were able to claim a new 20% deduction on their qualified business income, reducing the top rate an owner would pay on their flow-through income to 29.6%, before Federal tax credits.

Impact: Mold builders saw lower tax bills in 2018 and 2019 thanks to the lower rates and some of the other provisions discussed hereafter.

The TCJA eliminated the Alternative Minimum Tax (AMT) for C corporations. Corporations that accumulated Minimum Tax Credits from prior AMT liabilities were to have these credits refunded over four tax years (2018-2021).

The CARES Act accelerated the refundability period. Shops may claim refunds for these credits in tax 2018 if amended timely, or shops can claim the remaining Minimum Tax Credits on their 2019 tax return. Special rules apply for those mold shops that have already filed their 2018 and 2019 tax returns.

Impact: Mold shops that are taxed as C corporations and were subject to the AMT in prior tax years should evaluate which tax years to have refunded, as other provisions in the CARES Act may impact their decisions.

The TCJA improved two popular deductions that allow for accelerated depreciation – §179 and bonus depreciation. The §179 deduction limit was increased to $1,000,000 for 2018, and after being indexed for inflation, is $1,020,000 for the 2019 tax year. Additional assets were also added to the definition of §179 property, including HVAC and security systems; and the §179 phase-out threshold now begins at $2,550,000 of eligible assets placed in service for the tax year 2019.

The CARES Act provided for a technical correction to the TCJA by accurately identifying Qualified Improvement Property (QIP) as 15-year property for depreciation purposes. For mold builders, QIP includes any improvements made to the interior of your facility and placed in service after the date the building was first placed in service. QIP does not include additions (building enlargements), elevators or internal structural framework.

Impact: Many mold shops took advantage of both bonus depreciation and §179 on new purchases. Now mold shops should look at past purchases by scrubbing depreciation records for compliance with the tangible property regulations or segregating the cost of a mold builder’s plant by performing a cost segregation. These additional deductions can be “caught up” all in the tax year the change is made. The expansion of QIP as eligible for bonus depreciation will likely have a significant impact on mold shops improving their plants or adding equipment.

As we noted in the May 2018 article, the TCJA made the R&D tax credit more valuable by reducing the top corporate tax rate. For some mold shops, the value of the credit increased by more than 20%.

The TCJA also requires mold builders to capitalize on their research expenditures and amortize them over five years (15 years for research performed outside of the United States) for tax years beginning after December 31, 2021. Numerous trade groups, including NAM’s R&D Coalition, are working to reverse this TCJA provision.

Impact: Mold shops continually perform research and experimentation in the development of their novel, unique, one-of-a-kind, never-been-build-before molds. Mold shops that have not investigated this credit in detail may be over-paying their Federal tax liability. While we’re hopeful Congress will eliminate the requirement to capitalize and amortize mold builder’s research expenditures, it’s been approximately 30 months since the TCJA was enacted. Approximately 18 months until the provision takes effect. Any action on this issue will likely come after the 2020 election.

The TCJA allowed mold shops with average annual gross receipts (AAGR) of $25 million or less for the prior three tax years ($26 million for 2019, as the amount was indexed for inflation) to switch to the cash method of accounting. That is, the mold shop will recognize revenue when it receives the cash and claim deductions when the expenses are paid. Shops meeting the AAGR threshold are also exempt from accounting for inventories in a traditional manufacturing sense, meaning that they can treat their inventory as non-incidental supplies and materials, deducting the inventory when it is used or consumed. Also, shops under the AAGR are exempt from the Uniform Capitalization (UNICAP) rules and are not required to capitalize their indirect expenditures and overhead into the cost of their inventory.

Impact: Many mold shops that met the AAGR threshold switched to the cash method, as their receivables were higher than their payables, by a significant margin in some cases . These shops were able to take significant deductions that were net of amounts invoiced and not yet received, and deductions accrued but not yet paid. Other molds shops changed their UNICAP accounting method, deciding to exempt themselves from the provision. There were not many inventory changes, however. Treasury has yet to issue guidance concerning this method change, and there are still differing opinions over when a material is used or consumed. So mold shops are waiting for Treasury to give the go-ahead to deduct the inventory once it becomes part of work-in-progress.

The TCJA limited how mold builders account for their business losses, regardless of company structure (C corporation, S corporation, LLC or partnership). It limited Net Operating Loss (NOL) deductions to 80% of the taxable income of the year in which the shop carries the loss for losses occurring in tax years beginning after December 31, 2017. Also, the TCJA eliminated the NOL carryback provisions but allowed for NOLs to be carried forward indefinitely.

The TCJA also introduced a new limitation on excess business losses for the owners of flow-through companies. This provision, as enacted by the TCJA to be effective for tax years 2018 through 2025, limited business losses exceeding $250,000 ($500,000 in the case of married taxpayers filing a joint return) and were not eligible for carryback.

The CARES Act allows excess business losses for tax years 2018 through 2020, and if net operating losses are generated, allow for a five-year carryback period.

Impact: Mold shops with taxable losses should evaluate the best approach to utilize those tax attributes. The CARES Act created additional opportunities for any tool shops with tax losses. Still, carryback claims, elections or election revocations must be made within the period prescribed within the CARES Act.

The TCJA created some different opportunities for mold builders to reduce their income tax liabilities. The impact these changes have made on mold shops that have implemented them have resulted in both permanent and temporary tax savings, both of which contribute to your shop’s bottom line.