Artisan Model Mold (Artisan) is a small family shop that you took over from your father and built into a small business. What has been your philosophy for doing that?

Jonathan Stanwick, owner: First, “you go to war with the army you have,” and then you do one thing better than yesterday. Everyday, do something to get better somehow. That’s how you build a business. That’s how you become faster and smarter with more technology and training. 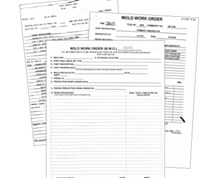 What Is Scientific Maintenance? Part 1 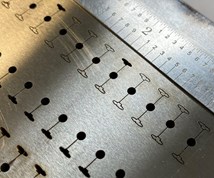 Like many mold builders, Artisan Model Mold was started by your father in a garage. You mentioned that he was known for using innovative ways to make complex molds with only a Bridgeport and Hardinge lathe. Can you explain that more?

Stanwick: My father worked as a model maker for Thomas and Betts (T&B), a manufacturer of electrical and communication connectors and components, and would spend his nights at home in the basement fabricating models and injection molds for customers. Once T&B relocated its facility from New Jersey to Tennessee, he decided to officially launch his own company. He then worked in his basement and garage doing custom cavity prototype injection molds for medical device inventors and start-up companies. He found ways to make some fairly complex tooling and molds without a CNC or EDM machine. His molds were like puzzles that he would solder together. They are still works of art that continue to inspire me today. My father intentionally named the company as he did because an artisan, by definition, is a worker in a skilled trade, especially one that involves making things by hand. That was my dad. His roots as a model maker and toolmaker make “Artisan” the perfect name.

It sounds like over the past 10 years you have taken your father’s garage business and turned it into a competitive mold shop. When did technology begin to transform the company?

Stanwick: Equipment and technology came along when I stepped into the business in 2008. We were still working out of the basement and unable to quote projects because we couldn't make the molds. The complex geometries and 3D models demanded a certain level of technology that we did not have. It required us to subcontract the work. It was then that I decided that we needed to invest in the necessary equipment to do the work ourselves. Of course, this was probably the worst time to make this move, as we were in the Great Recession. We bit the bullet and purchased our first CNC machine, a Haas mini mill. This machine was from a solid brand with great technical service, and it could fit in our garage. This investment elevated our shop’s work, which then prompted us to move out of the basement and into a facility of our own with more space for growth and better equipment, organization and customer service. By 2012, we were up and running and adding employees and more new equipment, including molding machines like an Arburg and Boy vertical molding machine. Today, we have four employees.

When did you get into molding?

Stanwick: My father always did the moldmaking and molding for prototypes, but we expanded that work into production runs. Today, we have two molding rooms. One room is dedicated to production runs with our Arburg and Boy machines. The other room is our prototype development room with four custom-made hand-press machines for our prototype, small-volume parts. This can be a cost-effective option for some projects, as opposed to setting up in a bigger molding machine which can become expensive. We use the hand-presses for sampling from a couple hundred parts to 10,000 parts.

These two rooms make it possible for us to offer customers the option to set up on either, depending on the application. This is the value that we add. We cater toward making prototype molds for part validation and 4- to 8-cavity production tools for short runs (1,000 to 500,000 units).

What is Artisan’s specialty?

Stanwick: A key specialty is designing and building molds for insert and over molding and molding the parts with our vertical press. We did a one-cavity prototype mold project for a medical customer’s new product recently. The customer requested some areas to be steel-safe to ensure the right fit, so we engineered the mold to give the customer the ability to interchange the core pins for testing the parts as they were moving. We also designed the mold for versatility so that we could make changes economically without rebuilding and re-burning the mold. The ultimate goal of our prototype work is to design the molds with ease of interchangeability in mind.

What projects have challenged the team?

Stanwick: Recently, we did a very complex, delicate insert-molded prototype part, which we had to manually insert into the mold. The project was for a medical device company. It was really challenging with respect to the mold and the molding. It required a three-plate mold to produce a few thousand ultra-clear nylon parts that needed to meet specs and be cosmetically acceptable.

Another challenging project involved a two-cavity insert mold for a nozzle. There were two, 2-cavity molds with one mold inserted first then the part was placed into the other mold for another inserting around it. It was basically over-molding on another over-molding. It took most of the summer to build all of the tooling.

You said you never formally apprenticed as a moldmaker, so how did you learn this highly skilled trade?

Stanwick: I learned by watching my father every day. Plus, he taught at a local vocational school where I attended a few classes. For the most part, it was my father and our friend Tony Kuklo who became my mentors for designing and building high-precision tooling. However, I do see the value of apprenticeships, and just as I helped to take Artisan to the next level in technology, I am working toward developing a formal apprenticeship program for our next hire. We need to build a program to bring in and produce the talent that we need after we find candidates who possess the necessary passion required to make it in this trade. 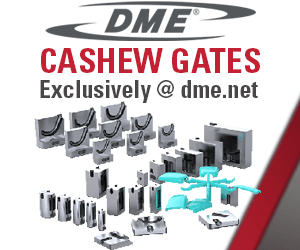