Insert changes (or typically rotating) is simple and effortless with the Ingersoll Form Master Plus.

The Ingersoll Form Master Plus is engaged into uneven layers of 420 stainless steel simultaneously with A36 hot rolled steel. The depth-of-cut is @ .190 at 55 ipm 3.7"; radial engagement at 440 rpm. The cut is quiet and smooth.

Cutting tool manufacturer Ingersoll Cutting Tool Co. (Rockford, IL)—known by moldmakers for years as an excellent resource for their tool needs—recently helped a mold base supplier reduce its own leadtimes so the company could service its own moldmaker customer base more quickly.

Precision Mold Base Corporation (PMBC; Tempe, AZ)—a manufacturer of custom mold bases for the plastic injection and die cast industries—has dealt with many of the same challenges moldmakers have. Contending with global competition and meeting its customers’ needs are top priority. Like the moldmakers it serves, the company is always looking for ways to quicken its own delivery times and sought out Ingersoll for assistance. 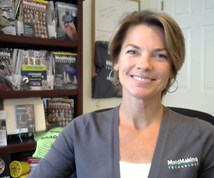 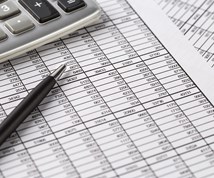 “Tri-metal milling”—or the milling of dissimilar metals—is an integral part of every custom mold base the company produces for moldmakers across the country. According to PMBC’s Shop Foreman Romney D’Antuono, among the key equipment the company uses in its operations—which include lights-out machining—are eight modern CNC mills and four big surface grinders, each selected for accuracy and ease of duplication of the finished mold bases. Four horizontal machining centers are equipped with 28 robotic pallets and 120 tool pod magazine each. “Our mold base assemblies are built like a sandwich, with stainless steel, 4140 or A36 steel intermixed as the ‘bread and filling,’" D’Antuono explains. “The operation in question is like trimming off the crust—a very difficult crust.”

While the company found automating the shop relatively smooth, finding the proper tooling posed a greater challenge. “We needed tools that do not require high maintenance,” Marketing Manager Paul Jackson recalls. “We tooled the 120 pods with mostly indexable tools with through spindle coolant capabilities. They were easy to maintain. There is no need to adjust the tool length or the cutter radius compensation with indexable tooling.

“But, we were still faced with the challenges of tool failure during lights-out machining,” Jackson continues. “Sometimes we would come in to find that a face mill broke down, and then followed by a center drill crashing into the un-removed stock, then a drill, then a tap, and finally a chamfer tool. You see your profits being erased very quickly.”

PMBC’s process involves rough-milling all four sides where the layers of the individual plates in the stack are exposed. During the cut, the milling cutter may contact several layers at once—and several different metals, with vastly different hardness and machinability, interrupted cuts, irregular surfaces, and uneven depths of cut. And, all around the 4140 and 420 stainless steel plates (the hardest metal in the package), there are gaps where features have been machined in prior to assembly. In the finished mold, those features will provide pathways for hot runners, coolant, heaters, sprues, bolts, release pins, aligning pins, etc. From D’Antuono’s perspective, each of these features represents just one more problem spot that can wreck the tool or trigger a chatter cycle that can wear out a big-ticket machine long before it’s paid for. “I call it a ‘hyper interrupted cut,'” he notes. Finally, there are the size variations among the plates—meaning the depth of cut can vary from a nominal 0.060 in. to 0.250 in. in an instant.

Before, PMBC used to face mill the stacked plates with a four-inch, zero-rake button face mill with six inserts, and the best they could get was 25 ipm at 550 rpm/0.060 DOC, and an insert failure rate that rendered the term “average edge life” meaningless. Each insert had six edges. The operation was so unstable that an operator had to check it regularly, shut down and run the cutter to the tool crib for indexing, then run back, reload and restart. Again, lights-out operation was out of the question. “If we did try it lights-out, we’d have to cut so far back on the feed that it hardly paid,” D’Antuono reasons. The company then determined that the tools that were the most used and susceptible to premature wear were its face mills and set out to find a suitable replacement.

D’Antuono led PMBC’s efforts to find cutting tools that would eliminate the aforementioned issues, and took his problem to Ingersoll Applications Specialist George O’Gar. “George immediately suggested the Form-Master but I balked at the price tag,” D’Antuono recalls. “The cutter cost about 30 percent more than the one we were using, and the inserts ran 10 percent more. Even allowing for the additional edges on every insert, I figured I’d have to run 30 percent faster and get 30 percent better
edge life. Given the gruesome cutting conditions, it simply didn’t seem possible.”

Despite his misgivings, D’Antuono allowed O’Gar to bring in a test cutter and the two men worked together to find a low-risk job to experiment on. They selected a mold base measuring 18 inches long by 12 inches wide and 12 inches thick, and set it up on a 35 HP Mazak Ultra 650 horizontal CNC machine with a 50 taper spindle—one of the four in their robotized FMS system. The 420 stainless steel center sat between 4140 and A36 steel plates. To deal with machining three different metals at once and the severe interrupted cuts, O’Gar went with an IN2015, which has been proven to withstand shock and has very good wear resistance. With conservative settings—around 40 ipm—the test operation ran about twice as fast as it would have with the previous button cutter. Moreover, there was no insert failure whatsoever. Results easily surpassed D’Antuono’s 30 percent/30 percent break-even point.

Further tweaking got the feedrate up to 55 ipm at the reduced rpm of 440, which is now the PMBC standard. DOC depends on the size variations of the layers, to avoid going deeper than 0.250 in. “If the edges mate up better, we increase the depth of cut accordingly,” D’Antuono says.

The company primarily uses three of Ingersoll’s tools: a one-inch diameter Hi-Pos cutter for its slotting applications or deep hole roughing applications, four-inch Form Master Button cutter for rough stock removal and four-inch Hi-Pos Quatro for more tolerance cutting. “When the Form Master button cutter ran, it was like winning on a slot machine,” Jackson says. “Quarter size chips were flying off of the face mill and the cut was smooth and easy on the machine. And, with the taper cut technology, the heat leaves with the chip. Even the chip conveyers cannot evacuate the chips as fast as they are produced.”

The inserts lasted far longer than any the company has ever seen before, Jackson adds. “As a bonus, we only needed one tool of each size—eliminating the need for a backup,” he explains. “This provided open tool pods for new tooling such as an engraving tool to allow us to offer a customer’s information and their unique custom logo.”

“These tools are really fantastic,” D’Antuono adds. “When I look back at what we were doing in the early ‘90s and the way we are able to remove material now, it’s just phenomenal. Due to these tools, we charge less now than we were able to 10 or 15 years ago, even though our costs of operation keep increasing. The way to make up that difference is more efficient tooling, which is what we’ve been getting from Ingersoll.”

Ingersoll’s O’Gar attributes the faster cutting to differences in cutter geometry. “The new Form-Master mill is definitely freer cutting, and has a generous radius that cuts a wider chip and takes advantage of chip thinning,” he notes. “There’s also optimum cutting action all the way to the bottom of the tip.” O’Gar further explains that the longer-lasting edges stem from the combination of the reduced cutting forces plus the absence of chip breakers on the top face. “Get rid of the chip breaking bumps or grooves, and you get rid of a lot of stress raisers that can cause the edges to break off.”

Also making a difference is the change in the cutter’s rake angle. The Form-Master facemill presents the cutting edge at a positive angle, which cleaves off the metal rather than scraping it off. “You can tell the difference by listening,” D’Antuono says. “The old operation sounded like pounding and scraping. Now it literally purrs because of the difference in cutting action.”

Ingersoll’s four-inch cutter has seven inserts, each with 10 cutting edges. The new settings are 55 ipm, 440 rpm/0.190 nominal DOC. “Although the chip load is much higher, the cutting action is much smoother—resulting in drastically increased tool life, decreased spindle wear, as well as a much quieter operation,” D’Antuono comments.

D’Antuono adds that Ingersoll’s representatives are very helpful. “Our rep has no problem coming out here anytime he’s needed to help me troubleshoot the tool,” he comments. “It goes beyond us just buying a tool off the shelf and them just wishing us luck.”

The company is extremely satisfied with its choice of cutting tools—predicting an annual savings of more than $120,000 using the new tools and the reduction of average delivery from a minimum of four to six weeks to 10 to 15 days. “The ability to cut things quicker than ever before is really a big advantage,” D’Antuono states. “Time on a machine is money, and the less time you have to spend on that machine the better.”