A Copper-Nickel-Silicon-Chromium Alloy for Mold Tooling

A review of the physical and mechanical properties of one copper alloy system will help moldmakers better understand how this alloy will perform thermally and mechanically in applications.

A typical application for CNS-V as an insert in a steel mold. Photo courtesy of Brush Wellman.

Figure 8: A graph of the tensile properties of the material with respect to hardness. The lines are a linear least squares fit of the data.

Figure 6: A graph of ultimate tensile strength and electrical conductivity of a single heat of material. The line is the linear, least squares fit to the data.

In 1928, this copper metal-silicide alloy system was patented by Michael Corson.1 It was subsequently known as Corson bronze. In this alloy, the silicide could be nickel-, chromium- or cobalt-based. In copper, a small addition of silicon and nickel or cobalt in a stoichiometric ratio of 1:2 results in the formation of an X2Si silicide that has a significant strengthening effect on the copper—while keeping thermal and electrical conductivity nearer that of pure copper. Likewise, chromium will form a Cr­2Si3 silicide. However, with a Brinell hardness of only 135 (75 HRB), the simple silicide system found limited use. 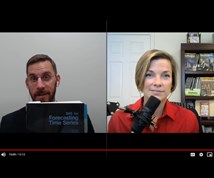 The alloy system found widespread application in the plastic mold industry with the introduction of a copper alloy2 that contained both nickel and chromium silicides. With a two-stage aging process, this alloy provided hardness in excess of 92 HRB and conductivity in excess of 200 W/m/K. This alloy was given UNS designation C18000, with an approximate composition by weight of 2.5 percent nickel, 0.75 percent silicon, 0.4 percent chromium and the balance copper.

Modifying C18000 by increasing the nickel concentration to about 7 percent and silicon to about 2 percent by weight resulted in a higher strength Corson bronze (denoted in this paper as CNS-V for copper nickel silicide, version 5).3 With a hardness of 29 HRC and a thermal conductivity of about 140 W/m/K in wrought sections larger than 25mm, the alloy found application as a replacement for mold alloys such as P-20 tool steel and C17200 copper beryllium. As this alloy system is fairly young, a review of its physical and mechanical properties will help moldmakers better understand its applications, benefits and limitations. These are compared with that of other common mold materials to aid the designer in using this alloy in mold tooling.

The primary attribute of CNS-V that makes it attractive to the mold industry is its high thermal conductivity (high strength is easily provided by tool steels). With conductivity in excess of five times that of common tool steels, the alloy can be used in injection mold core and cavity applications to remove hot spots, reduce warpage and reduce cycle time.4,5 The overall effect is better productivity.

To demonstrate the cooling efficiency of high conductivity mold materials, a case study was conducted in which polycarbonate ophthalmic lenses were molded in 24 W/m/K (14 Btu/hr/ft/°F) 420 stainless steel inserts and also in 130 W/m/K (75 Btu/hr/ft/°F) C17200 copper alloy inserts. The polycarbonate lenses were 2 mm thick and formed from an ophthalmic grade polycarbonate injected at 310°C. Cooling water was circulated at 55°C. Thermographic images of the lenses ejected from the mold are shown in Figure 1. The images show that even with a cooling cycle 60 percent shorter (10 vs. 25 seconds), the high conductivity mold provided more cooling than the stainless steel mold.

The properties measured on one or more samples of CNS-V and their respective ASTM test methods are given in Table 1. Only the rotary fatigue testing lacks a recognized test procedure. This testing is performed by rotating a rod with a reduced mid-section while applying a fixed moment on the axis (see Figure 2). This results in a fully reversed load (R= -1) on the center of the test rod. This testing is known as RR Moore testing after the manufacturer of this type of apparatus.

An SEM micrograph (backscattered electron image) of a polished CNS-V sample is shown in Figure 3. The large 10 micron regions are Ni2Si particles, while the smaller dark regions are Cr2Si3 particles. An optical micrograph of that material at 260X is shown in Figure 4. Another optical micrograph at 50X, shown in Figure 5, shows much larger (100 micron) Ni2Si particles that are elongated in the rolling direction of the plate. In large sections, the best microstructural quality that one can expect from this alloy is something consistently like Figure 4. In many cases, the material will contain large precipitates which can adversely affect fatigue strength, toughness and surface finish.

Figure 8 shows the correlation between hardness and the ultimate and yield tensile properties derived from various heat treatments of 50 mm plate. These data are consistent with the alloy achieving a hardness of 29 HRC at a tensile strength of 883 MPa and yield strength of 800 MPa.

A histogram of Rockwell C hardness from two other suppliers is shown in Figure 9. None of the readings exceeds 29 HRC. The hardest commercially available material that was tested averaged 27.9 HRC. Brinell hardness testing of this plate averaged 281.4 HBW. Conversion to HRC per ASTM E 140, Table 1 is 29.4. Rockwell hardness measurements are generally lower on average and show greater variation. This is probably due to the fact that the larger Brinell indenter contacts more of the harder silicides than the Rockwell C indenter.

Figure 10 shows a “SN” (stress, cycle number) fatigue graph of CNS-V and C17200 copper beryllium. The graph shows CNS-V to have slightly lower fatigue strength than copper beryllium. For CNS-V, two samples per stress level were measured and the highest cycle count is displayed. The data for copper beryllium are typical values derived from a much larger set of values that were averaged.

Comparison with Other Mold Alloys

A comparison of several physical properties of common mold alloys is shown in Table 2. C17200 LH is over-aged C17200 copper beryllium. C969707 is UNS C96970 Cu-Ni-Sn spinodally hardened alloy. AISI P-20 is a Cr-Ni-Mo tool steel. All of these alloys are supplied in the 26-32 HRC hardness range. The hardness and thermal conductivity are summarized in Figure 11.

With its high strength and conductivity, CNS-V has many applications in the mold industry. In blow molding it can be used as pinch-offs, neck rings and handle inserts. In injection molds, common applications include cores, inserts and slides. Other uses include sprue bushings and ejector pins. Because of its high upper working temperature (425° C), it also can be used successfully in hot runner nozzles; although being a high copper alloy, it is susceptible to oxidative corrosion at elevated temperatures.

This article has not dealt with the ability of the suppliers to provide the alloy in large sections. Currently no commercial supplier provides sections thicker than 4 inches. Experience indicates that large sections (greater than 6 inches in minimum cross-section) will not be consistently produced due to difficulties in uniformly heating and cooling such sections during heat treating.