These industry events from DMG MORI, Haimer USA and Mazak Corporation provide exciting insights to latest technologies, as well as chances to meet and greet with friends both old and new.

Networking is an important aspect of any business venture, and that extends to the moldmaking community. The industry events below, whether upcoming or already passed, provide exciting insights to latest technologies, as well as chances to meet and greet with friends both old and new. Want to be part of upcoming industry networking opportunities? Be sure to check out MoldMaking Technology’s Events calendar to see what’s in store in the coming months. 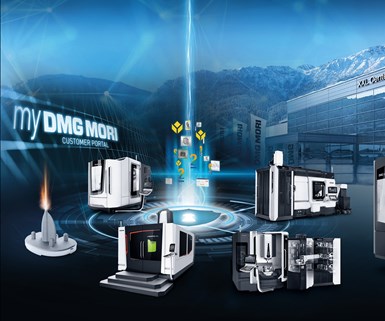 DMG MORI will present itself as a driver of innovation in digitlization and automation at the company’s Open House in Pfronten, February 11th ​​​​​​-15th. The focus will be on end to end connectivity as the standard for all machines, a Celos update, a new customer portal and TULIP as an ideal entry into digitalization. The app-based operating and control system Celos is used in the control systems of more than 20,000 DMG MORI machines worldwide. Celos customers can now perform a PLC-independent Celos update to their current version. This applies to all existing Celos versions over the past six years. The DMG MORI Messenger uses configurable dashboards to display the current status of the machines at a glance and can now also be used for all machines and devices networked with DMG MORI Connectivity in production.

HAIMER Looks Back at Event-Full Year 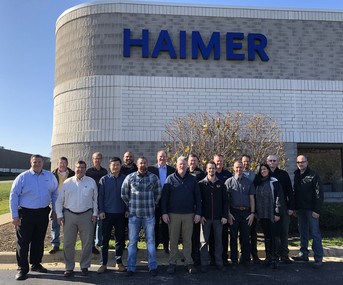 Haimer USA took a moment to reflect on the events of the past 12 months. Last year, Haimer representatives presented at 52 trade shows across the county and around the world. These events are a great opportunity to show machinists the latest technology from Haimer in person. Haimer enjoys greeting old friends, meeting new ones and spreading the word about precision machining and how the company can help manufacturers do it better and faster. 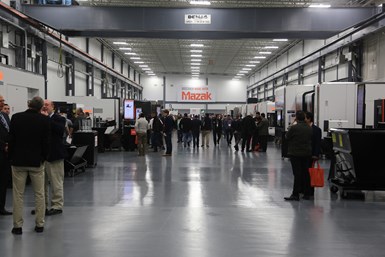 More than 2,000 manufacturers from across North America attended Mazak Corporation’s DISCOVER 2019 event, held November 5-7 and 12-13 at the company’s North American Manufacturing Headquarters in Florence, Kentucky. The event featured over 30 live machine tool demonstrations, and Mazak unveiled for the first time in North America several productivity-enhancing technologies such as its new Mazatrol SmoothAi control, as well as a new mixed reality training and service support system. The company also showcased some of its investments in its Florence, Kentucky, manufacturing campus, including a sneak preview of the latest improvements to its Mazak iSmart Factory and a new Spindle Rebuild Facility in the campus’ South Building.

In the process of globalization, German mold manufacturing faces many challenges. In particular, it is about safeguarding the future through further expert training of specialists and managerial staff. Only in this way, can the lead we have internationally, in terms of quality and performance, be preserved on the basis of wide-ranging know-how. An important aspect is close inter-regional cooperation between various companies and institutions. The trainee excursion undertaken in Lüdenscheid by Hack Formenbau GmbH from Kirchheim/Teck, can be seen precisely in this context. Together with 15 trainees, two instructors and three other participants, the company's senior manager Wolfgang Hack embarked on a trip to the Sauerland hills where an exciting program awaited them.

For more industry news, be sure to check out the MMT home page!