Every three years, the Plastics Academy inducts individuals into the Plastics Hall of Fame. MTD Micro Molding is honored to announce that its late president, Dennis Tully, is one of the six posthumous inductees this year.

Every three years, the Plastics Academy inducts individuals into the Plastics Hall of Fame. MTD Micro Molding (MTD) is honored to announce that its late president, Dennis Tully, is one of the six posthumous inductees this year. Inductees are elected by the living members of the Hall of Fame after a lengthy screening process. Tully will be inducted at the March 24 ceremony that is part of the Spring National Board Meeting of the Plastics Industry Association (PLASTICS) in Washington D.C.

“These new posthumous inductees proudly represent the length and breadth of our great industry, with a wealth of accomplishments in polymer science, engineering, manufacturing, equipment design and business management," said Jay Gardiner, president of the Plastics Academy. 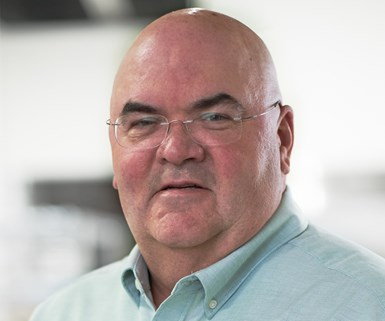 A UMass Lowell graduate of the plastics engineering program, Tully joined his father's company, Miniature Tool & Die Inc in 1989. Two decades later, he bought the business from his father. Tully had a big vision for the company when he rebranded it as MTD Micro Molding in 2010, repositioning it exclusively for the medical device market and steering it to enormous success. MTD became known for its mastery of highly precise, specialized miniature parts that no other company could produce. The company manufactures medical components a fraction of a size of a sesame seed that perform critical functions like drug delivery and wound closure. Tully made numerous investments in innovation and R&D, often being the first injection molding company in North America to have the most state-of-the-art equipment or capabilities for producing micro medical breakthroughs. He built the capacity to have the entire molding process, from tooling to packaging, done in-house to optimize the manufacturing process for validated production.

Under Tully, MTD more than doubled its workforce, became one of the nation's fastest growing companies, and won numerous awards. He grew the company from a $1.9 million business in 2008 to $8.8 million in 2019, an increase of 442% over a 10.5-year period. A testament to Tully’s leadership and company culture, MTD has been twice named as a Plastics News Best Places to Work. Three times, MTD was named as one of the finalists for the plastics industry’s most prestigious award before finally winning the Plastics News Processor of the Year title in 2019 — becoming the smallest company to win the title in its 22 years. The announcement came only days after Tully’s untimely passing.

Despite the company’s accolades, Tully was always most proud of his staff, for whom he cared deeply. As Plastics News editorial director Don Loepp wrote, “Now the history of MTD starts a new chapter, without its talisman, but with a strong culture and set of core values to keep it on the right track.”