The second edition of [MC]2 MTConnect: Connecting Manufacturing Conference concluded on April 11, 2013, after bringing together an energetic and inspired group of manufacturers, developers, technology builders, and technology distributors in Cincinnati, Ohio.

MTConnect is a set of open-source communications standards that utilize XML and HTTP to foster greater communication and interconnectivity between manufacturing equipment and devices. Together with the applications utilizing the standard, implementation of MTConnect allows for greater shop floor monitoring capabilities and a better understanding of what’s happening within a user’s manufacturing facility.

The event kicked off on April 10 with a keynote from Steve Fritzinger, Virtualization Alliance Manager for NetApp and economics contributor for BBC, titled “Manufacturing with Darwin, Moore and Metcalfe,” which stressed a company’s need for adaptation and continual change in order to remain competitive. He also stressed that MTConnect implementers need to use dedication and focus to see results. “Initially, going to an automated shop floor is like going to the gym on January 1,” Fritzinger said. “If you stick with that resolution and see it through, you’ll see results. But if you don’t, you’ll just end up back where you started.”

As the day’s sessions continued, an exciting announcement was made regarding the kickoff of the MTConnect Challenge, a DoD-sponsored competition that seeks ideas and applications for MTConnect, with a total of $250,000 in cash prizes for finalists and winners. Those seeking more details about this competition can learn more at MTConnect.challenge.gov.

Day two opened with a keynote from John Meyer, Senior Technical Competitive Analyst with IBM, titled “Processing Zetabytes: The Technologies Enabling Big Data and Analytics,” which focused on the evolution of computing, the rise of big data and the opportunities this data creates. Meyer showed that the exponential growth in big data will be led by sensor data, and MTConnect will be critical in the world of massive analytics in years to come. There were additional panels, business sessions and technical workshops, hands-on labs to show how to write MTConnect adapters, and a concluding keynote from Douglas Woods, President of AMT, discussing the technological future of manufacturing and the need to ensure the industry’s strength in the United States.

“I think what is so cool about the [MC]2 is that it shows the ever increasing importance of MTConnect and open interoperability standards to propel manufacturing technology to new heights,” Woods said. “I can remember people questioning whether anyone would come to the first MC2 event a year or so ago, let alone attend a second event a year later. But the large number of attendees at both events makes obvious the criticality of this standard and the interest from users, developers, builders, media, etc. to accelerate manufacturing into the world of big data, analytics and productivity enhancement applications.”

One of the event sponsors was manufacturing technology builder Mazak Corporation, a strong proponent for MTConnect. “As customers strive to be competitive in a tough global marketplace, they need all the tools they can get to be the most productive they can be.  MTConnect allows them to interface software programs with a standard protocol for different types of devices that allows them the information to clearly see what is happening on the factory floor,” said Brian Papke, President of Mazak Corporation. “With this information, they can improve the overall utilization of their equipment.”

Also sponsoring [MC]2 was CNC machine tool builder Okuma USA. “You can have the best equipment, but if you can’t monitor, measure and analyze critical data, you have no way of assessing your opportunities for improvement and full utilization of the equipment,” said Julie Murphy, Marketing Manager for Okuma USA. “MTConnect provides the communication standard that simplifies the connection to your manufacturing equipment to collect that critical data and quickly convert it to actionable knowledge. Okuma has fully supported MTConnect from the beginning and we support its ongoing development.”

"Almost as soon as MTConnect was proposed, Modern Machine Shop recognized that it would have a significant impact on the technology and business of manufacturing. It would be a game-changer,” said Travis Egan, Publisher of Modern Machine Shop. “At the 2013 [MC]2 Conference, the extent of that impact is becoming clear - MTConnect has reached a tipping point in vendor acceptance and user demand.”
"This is not an evolution, this is a revolution in manufacturing.  MTConnect is making possible the dreams and desires of generations of manufacturers, machine tool builders and manufacturing equipment providers who all want to see the same goal of different devices, but have a common connection on the plant floor,” said Dave Edstrom, President and Chairman of the Board of the MTConnect Institute. “[MC]2 2013 was a true inflection point for manufacturing with an extremely strong lineup of fantastic speakers, moderators, panelists and instructors.”

Plans will soon be announced for [MC]2 2014, which will discuss and demonstrate the many types of end-user applications that are using MTConnect as the open interoperability standard to improve manufacturing productivity around the globe.

The MTConnect Institute is a not-for-profit 501(c)(6) organization established to further the development of the MTConnect standard and publish related materials.  The organization includes a Board of Directors, a Technical Advisory Group that’s also called MTCTAG, a Technical Steering Committee, as well as various working groups to further the standard in specific technology areas. 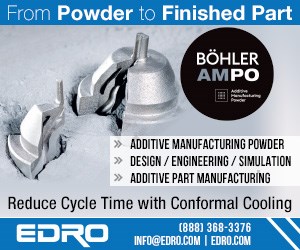