Brackets Are One Potential Win for 3D Printing

They may not be flashy, but they are necessary. Four reasons 3D printing can build a better bracket.

As additive manufacturing (AM) advances along with design software, the parts we see highlighted get more and more flashy. Mold inserts with complex cooling channels following the contours of a part. Topology optimized motorcycle frames with organic lattice work. Even 3D printed guitars. 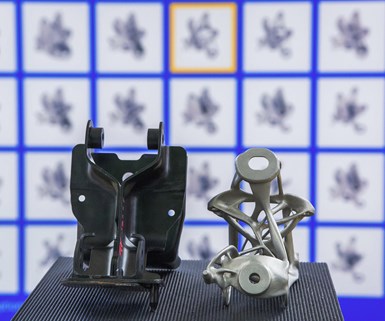 That’s not to say brackets don’t also get beauty shots, as this seat bracket for GM demonstrates (shown next to the assembly it was generatively designed to replace).

These parts are beautiful as well as functional, and help to illustrate the trajectory that AM is on. But these showy parts might not be the applications in which AM will make the greatest impact. That point of impact might instead be something more mundane: brackets.

This basic, but critical, component can benefit from 3D printing in many cases. Here a few reasons 3D printing can win for brackets: 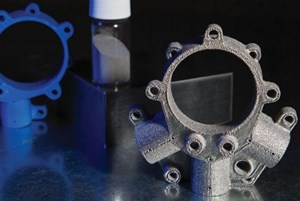 They may not be the most exciting application, but they are one of the most important. Here are eight instances in which a 3D printed bracket offered advantages over a conventionally produced one, from Additive Manufacturing Media.