Moldmakers can benefit from tribrid modeling—a design approach developed by adding triangle modeling to the combination of surface and solid modeling currently in many CAD packages.

Reverse engineering with tribrid modeling design software allows physical models to be turned into triangle files and then into complete designs.

Reverse engineering with tribrid modeling design software allows physical models to be turned into triangle files and then into complete designs.

A mold cavity featuring a triangle file decoration is used to produce this children’s lunch box.

A mold cavity featuring a triangle file decoration is used to produce this children’s lunch box.

Tribrid modeling is a new design approach that has been developed by adding triangle modeling to the combination of surface and solid modeling that is currently offered in many existing CAD packages as hybrid modeling. The introduction of this new technique has implications and potential benefits for moldmakers—especially those who have to produce tooling based on scan data from reverse engineering equipment. 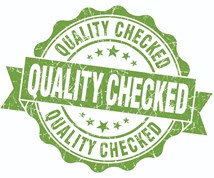 Top 10 Topics to Cover During an ISO 9001 Manufacturing Audit

Most moldmakers are already familiar with using surface modeling techniques to undertake minor modifications to product designs—such as adjusting draft angles or increasing fillet radii to ease the flow of material—and to create extra geometry for the core and cavity, such as split surfaces. Equally, most then use solid modeling to design the remainder of the mold stack, since these components tend to be simpler, prismatic shapes that are able to be created more easily and quickly as solid models. The addition of triangle modeling gives an extra level of flexibility.

Triangle data is generated from three main sources. The most common source is reverse engineering, generated either when capturing data from existing designs for which CAD data does not exist or when prototypes have been modified by hand and the CAD data needs to be updated. The second type is that produced by haptic devices that are used for digital sculpting of very complex shapes (e.g., the toy and model industry). Thirdly, triangle data is produced by relief modeling software that is used to add decorations, including logos and 3-D images to product designs, especially packaging.

Whatever its source, the triangle data can be converted to surfaces and then used within a conventional CAD system to re-engineer the existing design into an improved product or to create tooling from reverse engineered scan data. However, for more complex shapes, this can be a time-consuming process that might lose some of the fine detail in the design.

With tribrid modeling, there is no need to convert the triangles into surfaces or solids. Furthermore, having all three modeling techniques in a single package reduces the need to transfer data between multiple programs and so streamlines the whole product development process. It means that moldmakers can move data captured with reverse engineering into the tooling design environment more quickly.

Perhaps the best way to illustrate the benefits of triangle modeling is to consider the production of a mold starting from an initial hand-modeled prototype produced in solid material. Reverse engineering from such models will only produce the external surfaces of the component. Depending on the quality of the scan data, these areas will often need modification using the sculpting and model repair tools within the triangle modeling element of the software. These tools allow high-quality models to be produced from poor quality reverse engineering data, or from damaged or defective physical components. For example, uneven surfaces can be smoothed out, gaps in the data can be filled and extra points can be added in areas where only sparse data has been collected.

As well as using these triangle editing tools, it can also be necessary to use surface modeling to create perfect geometry in areas where a conventional reverse engineering system would give only approximate results. For example, the design might need to include a perfectly-flat surface, which would be difficult to capture in traditional reverse engineering software. By using surface modeling, it is easy to replace the triangles with a single, smooth surface in the required area. Similarly, a reverse engineered fillet area can be replaced with a consistent, smooth fillet rather than existing as a set of complex, patches that may well have varying radii.

Once they have been edited to the required quality, these surfaces can be offset by the required material thickness to generate the internal surfaces. The combined model can be expanded or contracted to bring it to any precise dimension that might have been specified or to produce a family of parts of different sizes. Extra geometric features—such as reinforcing ribs and bosses for fixing—can then be added to complete the design, normally using solid modeling functions as these internal features typically have prismatic geometry. The finished model can then be subtracted from a solid block to give the core and cavity shapes needed to mold the product. As mentioned above, surface modeling may be needed for final adjustments to the resulting designs.

Once the core and cavity have been finalized, work can begin on the remainder of the mold assembly. Since most mold components are made up of fairly simple, prismatic geometry, solid modeling is the most appropriate method for their design and assembly into the overall mold. Catalogs of standard mold components can be used to complete the mold design efficiently, since they remove the need to spend time creating these items over and over again. A history of operations can be created as the components are added, to maintain relationships between linked objects. This ensures that if the ejector pin is moved, for example, all the associated holes move with it.

The overall benefit of tribrid modeling is that it allows users to build up CAD models quickly and easily with data of different types from a variety of sources. All the different forms can be handled in a single system without any need for data translation. The ability to mix and match triangles, surfaces or solids provides a more comprehensive mold design system that can produce faster results, especially with the most complex designs.