The USMCA Trade Agreement: Impact and Next Steps for Moldmakers

The U.S.-Mexico-Canada trade agreement (USMCA), aka the “new NAFTA” should benefit the majority of North American molders and mold builders.
#regulations

An industry article reported last week that the U.S. lifted the 25-percent tariff on molds from China due to many molders filing for exemptions saying that U.S. mold builders can’t take on any more work or can’t meet their deadlines, so they need to get molds made in China.

Harry Moser’s reply: “The best solution is what we have consistently recommended: make the U.S. overall price competitive so that U.S. companies in all industries are a profitable choice for their U.S. customers. Our Competitiveness Toolkit outlines how to proceed. Mainly: skilled workforce; 20-percent lower USD; and add a VAT.

Since congress is too timid to make these changes, I would start with a 15-percent tariff on Chinese molds and apply the revenue as 0-percent loans to moldmakers to expand.

Require one additional apprentice for every $200,000 loaned. The mold cost is not that high a percentage of the plastic part cost that the molder could not afford the U.S. mold or the tariff on the Chinese mold.”

The United States, Canada and Mexico reached established the U.S.-Mexico-Canada trade agreement (USMCA), aka the “new NAFTA.” Mold builders and molders should evaluate the impact the USMCA will have on their businesses despite many of the provisions not going into effect until 2020 and requiring the approval of the U.S. Congress and similar Canadian and Mexican bodies of government. The USMCA agreement should benefit the majority of North American molders and mold builders. However, those manufacturers with sources in China may need to reconsider their supply chains. 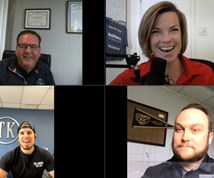 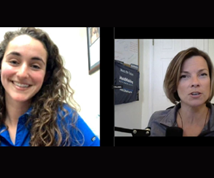 New labor and content requirements for automotive production are one example of a USMCA provision set to help bring more manufacturing back to the U.S. For example, for products to qualify for zero tariffs, 40 – 45 percent of the content must be done by workers who earn a minimum of $16 per hour and the North American vehicle content is increased from NAFTA’s 62.5 percent to 75 percent. Together these changes will motivate more manufacturing in the U.S. and Canada, and eventually increase worker pay in Mexico.

Although the new USMCA is a win for several key industries and workers, the Reshoring Initiative proposes an agreement that would have a larger impact with longer-term value. For example, a strategy that builds upon the massive U.S. and Canadian markets, Mexico’s proximity to those markets and low-labor costs, and the collective trade deficit in this reshoring and nearshoring era. A recommended next step is to partner with Mexico and Canada to:

Now it’s time to work together to eliminate the collective trade deficits with China to strengthen North American manufacturing and bring back millions of manufacturing jobs.

The plan’s economic benefits are:

Rough estimates of the impact on each country’s manufacturing output and employment.

The Reshoring Initiative believes that this plan would increase U.S. sourcing from its neighbors, improve self-sufficiency in case of offshore instability, speed up Mexican manufacturing growth (up to 10 percent a year instead of the typical 3 percent), increase Mexican wage rates (10 percent a year), lessen Mexican drug trafficking, reduce the number of Mexicans migrating to the U.S. and yield long-term North American stability and prosperity. The USMCA changes largely benefit the U.S.. Now it’s time to work together to eliminate the collective trade deficits with China to strengthen North American manufacturing and bring back millions of manufacturing jobs.

OEMs, molders and mold builders who have reshored their mold sourcing are encouraged to participate in the National Metalworking Reshoring Award competition. The Reshoring Initiative will announce the Award winner on March 8, 2019, at the MFG Meeting in Tucson, Arizona, organized by AMT and NTMA. A complete definition of reshoring is available here.  Review award details and apply today here.

For any questions, please contact Harry Moser, founder, and president of the Reshoring Initiative, at harry.moser@reshorenow.org or 847-867-1144.