Part two of a four part series that will discuss how integrating these rapid technologies can serve as a means of differentiating oneself from competitors, but alone does not ensure a company's security.

Those watching the business climate throughout the moldmaking industry are seeing great changes occurring - mold delivery demands resembling time frames formerly encountered only in prototype applications; and increasing demands by OEMs (for conformance to quality standards, payment policies and CAD platform compatibility). Furthermore, as a developed U.S. tool building market looks to increase recruitment efforts for tomorrow's workforce, concerns are increasing regarding competition from both Europe and Asia.

What these trends mean to moldmaking companies is that in order to continue company growth they also must react and change. Because U.S. moldmakers have many decision-makers from the largest OEMs in the world very near to them, there is an opportunity to serve their customers' needs in ways that foreign competitors cannot. These moldmakers are selecting a "do more and do it faster" approach, which includes turning to rapid technologies.

It is by these companies' examples that we can see the course, which may apply to our own companies - as conditions continue to change and technologies continue to develop. In this article we will look at businesses that are using these rapid technologies for growth and profit.

When CAD/CAM systems first arrived in moldmaking facilities in the late 1970s, many shop owners admitted that the value was more to the sales department than to the engineering department. Although customers were shown demonstrations of the system's capabilities, it was likely that some-where there was a room filled with manual drafting boards. That was the way the job got done. But, now the drafting boards have disappeared and CAD/CAM is a way of life. However, during those early years, it was "an investment" more than a "profit center."

In order to make use of the equipment, many times the task would be screened for the system's or operator's capabilities. So, many high-end systems would be used for 2-D work, while the cavity and core details would be traditionally manufactured using patterns, models, duplicating machines, etc. But, at different times in different companies, CAD/CAM usage matured to become a legitimate tool for a moldmaker to build molds better and faster, and they crossed that 'productivity line.'

With this example in mind, which side of the 'productivity line' are we on with rapid technologies in moldmaking? Some say that it's not "there" yet. In fact, the market is clearly stating that belief by the relatively small percentage of tools that are made using these technologies. However, there are those that believe we are there now, and are proving it within their business. 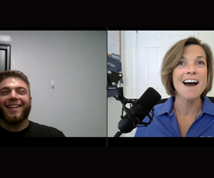 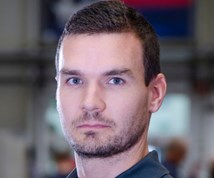 Scott Schermer is the director of Rapid Solutions (Neshota, WI) - a division of Dickton-Masch - which is a large custom injection molder with an in-house tooling facility consisting of 35 moldmakers.

"Three years ago, like a lot of other companies," states Schermer, "we began getting pressure from our customers to make changes to be faster and cheaper. So, we spent $100,000 and nearly a year evaluating the various technologies. Then, rather than just 'purchasing a machine,' we set up a separate division of the company located nearby."

In April 1998, Schermer purchased a DTM Sinterstation 2500 and began using Rapid Steel 2.0. "We started with nothing - a 6,000 s.m. warehouse, a machine and me," Schermer says. Approximately 18 months later, this location had three moldmakers, one engineer and an operator at an injection molding press. In 1999, Rapid Solutions will build an estimated 50 tools and has become the world's largest user of the RapidSteel material from DTM.

"This is a new business," states Schermer, "but I can tell you that this year, our first full year, we will show a profit - and not all new businesses do that."

Schermer is calling on large OEM customers that typically had little interest in pursuing discussions with yet another traditional molder and moldmaker. "But when I tell potential customers about a 12- to 17-day delivery, they hop on a plane to come see what we're doing."

The ultimate goal was to attract customers at the part design/prototype stage, to bring them in as a customer at Rapid Solutions first, and then procure production tooling and molding. It has done just that. They have brought customers to Dickton-Masch. However, Schermer thought his business would be assisted more by the parent company's customer base. "That hasn't happened, probably because they didn't think of us and our rapid technology capabilities, so we are developing our own customer base."

Being partners has its advantages. "If I need work, I'll take anything and expedite it to the parent company's tool room. If I don't need work, I can be more selective when pursuing projects that fit the technology."

Rapid Solutions can provide assistance with the product design, tool build, and sampling and short-run capability. Most runs are for 200 to 2,000 pieces, although in three cases more than 60,000 parts were molded. The materials on those runs were polycarbonate, ABS and a 20 percent glass-filled polypropylene.

Rapid Solutions is using this technology and seeing profit and growth. Schermer feels that success is not solely due to the process. "Any of these technologies are just tools. When making the investment, don't think you're buying a magical turnkey machine. You have to take ownership of the technology, pushing it past where even the manufacturer's awareness may be. What you learn at the start-up is just a guide to get you close. After that, it's all up to you," Schermer says.

Schermer has helped DTM push the technology and feels that with processes this young, it's the users that will drive it further.

When will a dramatically refined generation system be available? "The people waiting for q .01mm with out-of-the-box directions will be waiting a long time," Schermer says. "If someone feels that this will help their business now, then now is the time to move."

This example illustrates how Dickton-Masch was able to see that its core business was being threatened and how it successfully did something about it. Various rapid technologies were evaluated and a separate business unit was created. This division dedicated itself to harnessing the technology and as a result quickly achieved profitability, while expanding the customer base for the parent company.

Ben Staub, owner of Bastech Corporation in Dayton, OH, also saw how changing business conditions threatened his core business. When he started his company six years ago, it was primarily an SLA model service bureau. As that market became more competitive and other technologies developed, he invested in the Keltool process available from 3D Systems (Valencia, CA) to take advantage of his moldmaking background and offer his customers more than just SLA models.

"RP had gotten so commoditized, that it could only become profitable if it was used as a means to an end," states Staub. His company, which assists product developers from concept to molded parts, now uses a variety of rapid technologies.

Increasing his company's capabilities by adding a new technology may require the cooperation of a key customer. "The need is great to partner with a customer, and say, 'We'll buy the machine and use it on your project. This will be the first time and there may be some difficulties. But in the end, we'll be adding a capability that will decrease your cost and help speed your product to market.' Getting the customer's agreement to this before the machine is even ordered, helps justify a new machine purchase. The work is already there and the customer is aware of the learning curve in the beginning. And as our experience develops, there is a benefit to the customer," explains Staub.

The Keltool process was used by Bastech and for his customer resulted in significant time and cost savings over prices and deliveries of conventionally manufactured tools.

However, the longevity of this tool did not match that of a conventionally manufactured tool. "That didn't concern our customer," says Staub, "They wanted to get their product to market as fast and economically as possible. Then, if there was initial market acceptance, high production tooling could be manufactured after the initial investment had been recovered."

Along with the Keltool process, Bastech added DTM's RapidSteel 2.0 process two years ago. Like Schermer, Staub has a close dialogue with DTM. "We are sharing a lot of information with them on some of the nuances that we have learned to help them push this closer to a more competitive technology."

However, there also is a sacrifice in tool life. For this particular project, a long tooling life was not a requirement. Bastech's most recent technology investment was a CNC machine. Staub found that there are some applications where shaping cavity surfaces with what can be thought of as the 'modified traditional' method of high-speed CNC machining is the most competitive means of production.

Jim Mishek, of Vista Technology (Minneapolis, MN) agrees with this point, only stronger. "We're an SLA house that is very experienced in using SLA molds and powder metal molds. However, we've abandoned the RP process for tooling, but still use what some may call rapid technologies. That is, using high-speed machining to cut cavity and core surfaces. There are legitimate processes out there, but for us and our type of work, we've shifted primarily toward CNC machined tools."

Which Technology Is the Answer?

Scott Schermer, Ben Staub and Jim Mishek are very familiar with the array of options available and are frequently asked which is best. All agree that there are several technologies - and regardless of which is selected - these are just tools, and there is no one process that is the solution for all requirements.

When CAD/CAM technologies began to mature, many may have felt that the big decision was which system to purchase. But regardless of the choice for a leading, capable system, success depended upon the allocation of the resources to dedicate oneself to making it a productive venture. Similar to the evolution of CAD/CAM, rapid technologies for tooling applications is at the stage where there are some methods available, but dedication and additional development work will be required.

There is not yet a technology that delivers optimum results for the desired speed, accuracy, surface finish and tool life for production molds. But rather than waiting for an optimum method, there are technologies available today and applications that can benefit from what is currently available. This allows a company to establish itself and grow now - positioning itself for using the advancements that will come.

What is another benefit of investing today in rapid technologies for plastics tooling applications? "It's fun," states Schermer. "We're at the cutting edge of breakthrough technology within the entire world of manufacturing." There are the 14-hour days, the risks, the frustrations, but in the end there is growth, profitability and success. Being at the forefront of this means controlling one's own path.

Rather than fearing the negative trends that are currently impacting much of the plastics tooling industry, moldmaking companies that are embracing rapid technologies sound a lot different than those that are not.

There are several resources available to learn more about technologies applicable to your work:

A Tool in the Tool Box

Although integrating new technologies can serve as a means of differentiating oneself from competitors, it is still just a tool in the toolbox and alone does not ensure a moldmaking company's security.

This article is part one of a four part series. Read the rest of the Growth Strategies for the U.S. Moldmaker series in the following articles:

Part One: Understanding Your Competition - Here and Abroad

Part Four: Positioning Your Company for Growth During Challenging Times