Gradual Recovery in the Coming Months

The chart for orders of new molds typically posts a seasonal bottom in the first quarter of the year. In recent years, this seasonal cycle has dropped progressively lower; however, in 2010 it looks like the seasonal bottom will not drop as low or last as long as it did in 2009. This suggests that the industry is in the early stages of a recovery.

The chart for orders of new molds typically posts a seasonal bottom in the first quarter of the year. In recent years, this seasonal cycle has dropped progressively lower; however, in 2010 it looks like the seasonal bottom will not drop as low or last as long as it did in 2009. This suggests that the industry is in the early stages of a recovery.

The Mold Business Index (MBI) for February 2010 is 45.1. This is a 4.9-point increase over the January value of 40.2, and it is a 3.9-point increase over the MBI value of 41.3 from February of last year. The first quarter is the weakest season of the year for our MBI; however, these data indicate that the seasonal rate of decline in business activity for moldmakers is less steep than it has been in recent years. Put another way, the seasonal weakness thus far in 2010 is not as bad as it was in 2009. This is consistent with our forecast of a gradual recovery in the coming months. Mold Prices remain under pressure, and there is upward momentum building for Materials Prices. Future Expectations are not as sanguine as last month, but they remained optimistic.

The overall economic environment for North American manufacturers is improving, and it will strengthen further as 2010 progresses. The dollar is weaker than it was last year, and export demand is exhibiting vigor as the global recovery picks up. Shipments and new orders for durable goods were rising at the end of 2009. Unfilled orders were stable and inventories were falling, signaling that manufacturers will need to boost output in the coming months.

Not the Same Old Grind 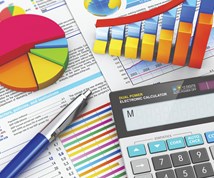 Auto manufacturing was one of North America's weakest industries in 2009, but autos sales have lifted off of their cyclical bottom (due in large part to cash for clunkers) and are slowly rising. Job losses and tight credit will remain constraints on auto sales through the first half of this year. Only about 12 million new vehicles are expected to be sold in 2010, and sales will not return to prerecession levels anytime soon.

The good news is that auto manufacturers will see improved revenues, yet cost growth will be limited. Prices for commodities such as steel, non-ferrous metals, plastics, and rubber are rising, but corporate restructuring and new union contracts will rein in labor costs. Thus, profits for auto manufacturers will post solid gains in 2010 despite the fact that restructuring has left the auto industry much smaller than it was during the last expansion. Auto parts manufacturers will continue to face an extremely competitive environment, forcing them to hold the line on prices.

As for our MBI, the number of New Orders for molds declined for the fifth straight month in February, but the rate of decline is decelerating and should soon rebound. This sub-index is 45.8. Likewise, production activity declined, as the latest Production sub-index is 47.9. Backlogs also diminished, as the Backlog component is 35.4.

The Employment component is 43.8 indicating that there was another net drop in overall payrolls in February. The Mold Prices sub-index for this month is a discouraging 33.3. This suggests that the pressure from customers to lower the price of new molds remains intense. The prices paid for materials are yet again steady-to-higher, as the latest sub-index for Materials Prices is 54.2.

The total Mold Business Index is a weighted average of the sub-indices for new orders, production, employees, backlog, exports, and supplier deliveries.