From the Field: Programming Software for Producing Playmobile Toy Molds

If it is still the norm in many tool- and moldmaking businesses to carry out programming either offline or directly on the machine, then the Playmobil example shows that a combination of both provides a lot of scope for creating and implementing new ideas. Based in Nuremberg, Germany, Geobra Brandstätter GmbH & Co. KG first introduced their toy molding system in 1974. Today, the company manufactures thousands of parts and about 600 new individual characters are added every year. Creativity is key here, from development right through to production.  It is also a common practice that the designers here “turn a creative hand” to their three- and five-axis DMG vertical machining centers for the moldmaking process. The speed and flexibility of this process is enhanced by the onboard Siemens Sinumerik 840D CNC controls and ShopMill, the applicable shopfloor-oriented numerical control programming software.

Injection molds for the production of Playmobil toy heads.

Lightening the Load for Offline Programmers 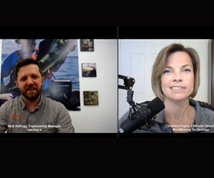 MMT Chats: 30 Under 30 Honoree, Engineering Manager "Figuring It All Out" 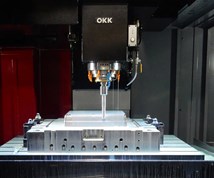 Roughing and Finishing on One Highly Accurate Machine

Parts are sketched, modeled, constructed, prototyped and finally produced in an injection mold. The construction of molded parts and the complete tools takes place in the same way as the construction of the item itself, using Pro/Engineer design programs. The NC programs, when offline programming is performed, are implemented using Work NC (Sescoi) and Esprit (DP Technology) translation programs. On the workshop floor, programming is also done directly on the machine tool controls of the DMG machining centers, which are typically equipped with Sinumerik 840D or Sinumerik 810D controls from Siemens, depending on the axes and complexity of motion control required. The shopfloor-oriented programming software “ShopMill” is installed on the Sinumerik 810D. This enables the trained operator to program simple contour modifications onto the machine itself. This lightens the load for offline programmers and allows machining specialists to introduce their own expertise.

A Must for the Development Department
Sinumerik controls are also being used in the design development department (prototype workshop). In principle, the individual parts are actually completed using virtual methods (in-house Design System, CAD/CAM). Between these stages; however, actual models and prototypes are produced in hard foam or plastic. For this process, the developers have a separate machining center, comprising additional three- and five-axis machining centers from DMG. Sinumerik 810D is used on the three-axis center (DMU 35) and programs are also created here using ShopMill. “We introduced this combination about seven years ago and, in hindsight, this was a very good decision,” says Michael Friedrich of the Playmobil development department. His reasoning, he says, is that, “ShopMill is simple to grasp and integrates into daily work flow
without any problems.”  The software supplier, Siemens, offers two versions of ShopMill – directly into the machine tool control and in offline PC format. The latter enables NC programs to be created on the desktop and thereby reduces machine downtime.  This gives the shop’s work schedule manager a decided advantage in determining machine tool utilization schemes.

Geobra Brandstätter produces the molded parts and tools for the many different Playmobil parts using ShopMill and Sinumerik CNC.

Simple Milling and Drilling
ShopMill, the shopfloor-oriented user interface for milling machines, allows operators to access the CNC technology easily and can be operated without a high degree of programming and without in-depth CNC knowledge (G-code). The standard way that operators look at the work sequence (setup, programming and milling) is reproduced and is optimally supported through the user-friendly representation of the tasks and graphical help images. Michael Friedrich also confirms that this protocol works well in the shop.  “The software is very intuitive and it guides you through everything. In theory, you can’t actually go wrong, since ShopMill only offers the options that are specifically useful for each command.” According to the operators, correct programs are produced in a very short time in practice. Input can happen without documentation through the use of help screens. Despite all its simplicity, there are a large number of standard cycles available for processing and measuring tasks. For moldmaking, there is an efficient text editor specifically for large NC programs and simple programming of moldmaking functions with a high-speed setting cycle. The simulation possibilities of the programs with genuine tool data facilitate high process security. Intuitive user guidance reduces machine setup time, as well. All these features have led to Siemens controls and ShopMill “being very well established in our shop today," says Friedrich.

Geobra Brandstätter produces the molded parts and tools for the many different Playmobil parts using ShopMill and Sinumerik CNC.