Having already made a significant mark on the mold manufacturing sector, Canon Virginia is setting its sights even higher.
#casestudy

Katie O’Donnell is among the first toolmaking apprentices to go through a more rigorous, structured program the company first implemented in 2012.

“What are you doing here?”

Rhonda Bunn, director of public relations at Canon Virginia, says she doesn’t hear that question as often anymore at trade shows like NPE. Indeed, by the time MoldMaking Technology first profiled the company in 2007, it was already two years into a journey toward becoming one of the top 100 moldmakers in the country by sales. Today, the toolmaking division is even larger and more capable, and Canon Virginia is putting that new capacity to good use. By this time next year, the company will likely be able to call itself a full-service contract manufacturer for the medical industry, says Curtis Hawkins, senior director of business planning. Meanwhile, the regional giant’s efforts to instill the skills necessary for competitive moldmaking are not only starting to pay off, but also helping to spread the gospel of moldmaking in an area where manufacturing is largely associated with shipbuilding.

A subsidiary of Canon Inc. (Tokyo, Japan), Canon Virginia has long served as an assembly site for cameras, copiers and other office products more readily associated with the company’s name. The 30,000-square-foot toolmaking operation opened in 2005, two years after the Japanese parent company, seeking to consolidate activities in lower-cost regions around the globe, decided to make the Newport News operation the central hub of all manufacturing in the Americas. With an existing molding operation and tooling knowledge developed through years of repair and maintenance, manufacturing molds in-house rather than sourcing from outside was a natural next step, Hawkins says.

Yet, the company’s ambitions for the toolmaking program (which was one of many new initiatives at the time) weren’t just internal. Armed with the latest machining equipment and the parent company’s proprietary CAD/CAM and CNC software, which reportedly streamlines the progression from engineering to machining, Canon Virginia was well-prepared to satisfy external demand for complex-geometry, tight-tolerance tooling as well. Customers in that market often demand more than just a tool, thus lending the opportunity to also leverage Canon Virginia’s existing molding and inspection resources. “We’ve always looked for customers that demand not only complex tooling, but also all the other services we offer, such as in-house mold trials, part inspections and CPK studies,” says Matt Slothower, program director of the tool manufacturing division. “For us, it’s about more than delivering a mold; we aim to deliver a mold with the process already established and ready for production.”

Over the years, however, the company has found that many prospective customers are in the market for even more than that. Any given OEM looking for tooling, fully qualified or not, is likely still in the design stage, Hawkins says. That OEM will likely also need additional engineering insight before bringing the product to market, at which point it will also require production molding, inspection and assembly. In addition to the aforementioned molding and plastic part inspection capability, Canon Virginia has decades of experience with assembling its own products. Meanwhile, it has invested more than $10 million in the toolroom since it first opened a decade ago, and plans call for expanding it by an additional 20,000 square feet in 2016. Notable recent additions include more machine-tending robots, five-axis machining capability and 3D scanning. With these capabilities, capitalizing on the opportunity to perform full contract manufacturing—something long suggested by many customers—was a natural next step.

However, the company isn’t pursuing just any contract manufacturing opportunity. Medical industry customers not only hail from a sector known for growth and stability, but also are among the most interested in a more comprehensive service offering. What’s more, medical products are closely aligned with other longstanding areas of expertise for Canon Virginia, Bunn says. For instance, the company’s display at NPE 2015 featured a prototype DNA analyzing system. Designed by a sister branch of Canon, this system incorporates not only various components molded in Virginia, but also optics similar to those used in the companies’ cameras, printers and copiers.

Although Hawkins emphasizes that Canon’s move to become a full-fledged medical contract manufacturer is still in its infancy, the company is closer than ever before. Work is already underway to implement cleanroom technology for both molding and assembly. The company is also working to revise its documentation procedures to comply with medical industry requirements, and it expects to receive ISO 13485 certification in 2016.

Technological capability isn’t worth much without the skills to put it to use, and Canon Virginia has made major strides in this area as well. As this article was being written, the company was preparing for the first graduates to emerge from a formal toolmaking apprenticeship program that began in 2012. So far, the program consists of seven young people, all of whom once played other roles in the company. “Our workforce is changing from simple assembly to more high-skilled labor as we continue to push forward in our role as a regional technical headquarters,” Hawkins explains. “That gives us an opportunity to teach some of our people new skillsets for the future.”

The program is new enough that only two of the apprentices have completed all four years of training. Yet, the company is confident in the program’s effectiveness, in part because it’s not entirely homegrown. It’s structured according to requirements laid out by the Commonwealth of Virginia, such as a certain ratio of apprentices to journeyman toolmakers and a certain number of hours learning various skills. Local community colleges are heavily involved in shaping instruction as well. As is the case with other apprenticeship models gaining attention throughout the country, the program has members split time between the classroom instruction, where they learn fundamentals on the company’s dollar, and the shop, where hands-on work starts with basic tasks like building jigs and fixtures. In Canon’s case, much of the classroom portion occurs on campus, at the Canon Workforce Development Center (CWDC), where employees of all disciplines have trained since 2008.

However, prior to educating any apprentices, Canon Virginia had to pursue a different sort of education. Pitching its own, younger employees, Bunn explains, required a concerted effort to explain what, exactly, an apprenticeship is. (Some, she notes, couldn’t believe the company would pay them to attend class.) Given the area’s strong manufacturing base, local educators and government officials were more familiar with what such a program would entail. However, even among these critical partners, mold manufacturing isn’t always well understood. “When you think of toolbuilding, you don’t think of Southeast Virginia,” Bunn explains. “There’s a lot of shipbuilding, so people are familiar with, say, welding credentials, but nobody else in the region has a program like ours. This is an education for our whole community.”

Looking ahead, the whole community will be critical to the future of Canon’s toolmaking division, she adds. After all, only so many employees can switch jobs without straining their original departments. To attract external talent as well, the company will continue with the same strategies it has employed for years (job fairs, workforce development programs and the like). Now, however, Canon Virginia can offer a pathway into not just manufacturing, but a subset of manufacturing that’s particularly renowned for the high-level skills and problem-solving ability that are critical to the competitiveness of both individual companies and the country as whole. 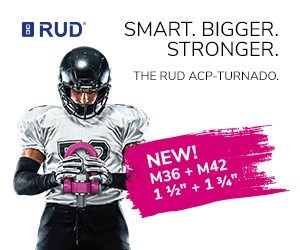