Moldmaker switches to new programming software that auto-matically recognizes features and allows the programmer to define a process for the feature that can be repeated each time a similar feature is encountered; and, allows for more timesavings via its improved rest machining and trochoidal milling capabilities.
#fiveaxis

Before work begins, a solid model is imported into FeatureCam and the initial setup is established, along with the stock size and type.

After the hard milling operations, the part is ready for on machine verification. Images courtesy of Delcam and Vector Tool & Engineering.

Features are easily identified as they are created, making it nearly impossible to make an error in location, size and depth.

Vector Tool & Engineering is a moldmaking shop that generates an average of 240 new CNC programs every month. The company’s CNC programming productivity was limited in the past by the need to separately apply toolpaths to each of the part’s surfaces and other limitations of its previous programming software. The company switched to new programming software that automatically recognizes features and enables the programmer to define a process for the feature that can be repeated each time a similar feature is encountered. Additional time has been saved by the new software’s improved rest machining and trochoidal milling capabilities. The result is that the company has reduced programming time for feature-intensive 2.5-D parts by 50 to 75 percent and for less feature-intensive 3-D parts by 25 percent.

Located in greater Kansas City, MO, Vector Tool & Engineering offers complete engineering and fabrication of injection molds and tooling for the plastics industry. The company’s services and capabilities include custom tool design and development; prototype and part model building; custom injection mold building; mold repair, alteration and maintenance; die building and repair; fixture and gauge building; CNC machine turnkeys; custom wire and sinker EDM work, as well as contract machining for the aerospace industry. The company is a subsidiary of Peterson Manufacturing, a leader in safety lighting products for automotive and heavy-duty truck markets since 1945. Peterson Manufacturing operates a family of 11 highly specialized companies and has more than 3,000 people working in global-scope industries. 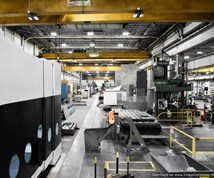 Vector Tool & Engineering supports the needs of several divisions in the Peterson Manufacturing family, along with a growing customer base. While they continue to see growth in new mold builds, they also do extensive revision, rebuild and maintenance for their customers. This combination requires fast reaction time to keep customers up and running. As a result, in a typical month the CNC programmers will create programs for a wide variety of mold components, many of which require up to six setups.

The majority of parts programmed by Vector Tool are 2.5-D parts with many features such as holes, bosses, pockets, fillets, ribs, etc. The company also programs a considerable number of 3-D parts, which may have some features, but are primarily machined using 3-D surface profiling. The previous software used by the company was able to import a solid model, but required the manipulation of geometry before a toolpath could be produced. The company’s programmers had to spend a considerable amount of time making modifications such as adding boundaries and filling in holes in order to define the boundaries between surfaces to avoid gouging. Programming became very tedious because so many individual surfaces had to have tools and machining parameters applied to them.

“In the past, the CNC software package that we used was able to program every part that we made,” says Randy Bennett, Lead Programmer for Vector Tool. “But our business has gotten more and more competitive and CNC programming has always been a very critical competitive factor for us. We felt that we needed a major improvement in efficiency that we were not getting from our previous software. The factor that sold us on Delcam’s FeatureCAM is its ability to automatically recognize features such as holes, pockets, bosses and slots in 3-D solid and surface models. This means that we don’t have to deal with each individual surface, but rather can program features instead. This is much less time-intensive because there are far fewer features and because the inherent commonalty of features means that they can often be programmed from libraries.”

The mold designers at Vector Tool & Engineering use Unigraphics NX for most of their designs, but also may work with Solidworks or AutoCAD, if required. After the designing phase is complete, the company’s CNC programmers begin by importing a component that needs to be programmed. The software then automatically recognizes and organizes the features in the part. The programmer checks the features that the software has recognized and often chooses to merge, split, delete or add features manually. The software’s ability to understand the nature of nearly all machining features means that there is rarely any need to make modifications to the geometry, but FeatureCAM makes it very easy to hide details that are not relevant to the programming process.

After the programmer is satisfied with the features that have been defined, the next step is to pick tools and speeds and feeds for machining each feature. The natural repetitiveness of features means that it is often possible to pick a tool and machining conditions from a feature that has been previously machined and saved in the software’s library. Many parts also have multiple copies of some features and in this case the feature can easily be copied to each location where it appears. Vector Tool also takes advantage of FeatureCAM’s high-speed machining capabilities, such as trochoidal milling and corner control, to move the cutter around in a circular pattern with each circle advancing into the cut, which enables cutting at higher feedrates with longer tool life.

Parts with 3-D contours often require removal of large volumes of material. The software used in the past provides rest machining capabilities that use a relatively large tool to efficiently remove as much stock as it can without gouging the part. Then a slightly smaller tool is inserted and it in turn removes as much stock as it can. A series of progressively smaller tools are used until the part is completely machined. The program determines which areas can be machined by which tool. The problem with the previous software was that every tool after the first followed the complete toolpath, which meant that each tool spent a considerable amount of time cutting air. FeatureCAM reduces cycle time in rest machining operations by rapid traversing the cutter over all of the areas that have been completely machined in previous operations.

Importance of Willingness to Listen

Dave Kennedy, CNC Manager for Vector Tool & Engineering, says that Delcam does an excellent job of supporting FeatureCAM. “Delcam showed their willingness to listen right at the very beginning when instead of presenting a canned demonstration they asked for one of our part files and programmed it in front of our eyes,” he explains. “The tech support team responds quickly to our inquiries and if they don’t have the answer they get back to us very quickly. Delcam also is a large company with the resources to continue improving and supporting the product into the future.”

“Our switch to FeatureCAM has helped us substantially improve programming efficiency,” Bennett concludes. “The productivity of our programmers has been substantially increased, especially on feature-rich 2.5-D parts that constitute the vast majority of our programming workload. We have only used the new CNC software for a couple of months, so we believe that we should be able to achieve considerable additional productivity gains. We also have seen significant reductions in cycle time, especially on 3-D parts, and surface finish has also been improved. Delcam represented the product very accurately. It does everything they said it could do.”