From a domestic perspective, the electronics industry seems expected to follow in-line with the overall economy’s growth for 2019, though firms with greater exposure to China may have to be more cautious during the year.
#supplychain #regulations #electronics

Domestic electronics manufacturing experienced slower growth during the fourth quarter of 2018. Wall Street’s 2019 revenue expectations are for real growth of 3-4%.

The electronics industry entered 2019 overshadowed by concerns of shrinking demand for electronics goods in China, joined with tepid demand in the U.S. This was capped by Apple’s January 2 announcement of weaker-than-expected fourth-quarter 2018 sales of its core electronics products. Such headwinds at the start of the year combined with an extended U.S. government shutdown and prolonged tariff negotiations with China to generate concern among many businesses. These events have complicated matters for those looking for insights into what 2019 may hold and how to respond in the face potentially greater near-term volatility. These early announcements sent the Dow Jones Industrial Index into a frenzy during which it fell more than 10 percent in the course of just a few weeks in December. This was in part because Apple’s shares constitute a nearly 5-percent stake in the Dow Jones Industrial Index and more than a 10-percent stake in the Nasdaq 100, according to Factset.

Examining the electronics industry less Apple’s share illustrates an industry that is expected to see inflation-adjusted revenue growth of 3.5 percent in 2019, combined with even stronger earnings growth. This is based on the actual and forecasted financial results of nearly 60 electronics industry firms generating $658 billion in revenues in the 12-month period ending with the third quarter of 2018. Including Apple’s third quarter 2018 projections pushes the industry’s overall revenue higher to 8.5-percent by year-end 2019. From a domestic perspective, the sector seems expected to follow in-line with the overall economy’s growth; however, firms with greater exposure to China may have to be more cautious during the year. 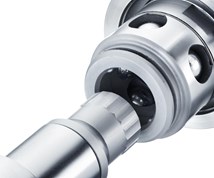 Gardner’s proprietary data from U.S. manufacturers serving the electronics industry largely mirrors Wall Street’s tepid 2019 outlook. The latest Gardner employment readings are above long-run averages which suggests that firms are still optimistic about making investments in people and thus are optimistic in the longer-run. Simultaneously, expansion in production, new orders, backlogs and supplier deliveries at year-end 2018 were flat to slightly growing after a 2-year period in which many of these measures set record highs. Despite a toughening trade environment in 2018, Gardner’s export data did not contract during the second-half of 2018, although the data indicated generally slowing export growth through December.

Lastly, Gardner’s data indicated that smaller firms under-20 people experienced disproportionally more challenging economic conditions during the fourth quarter of 2018 than their larger peers with more than 100 employees. This reinforces the common understanding that smaller firms often have fewer options when maneuvering through more challenging business conditions and thus more sensitive to economic change.