Developing a strategy for leaving a foreign location is a crucial part of reshoring that involves re-engineering processes, automating production and understanding all associated costs.

Images courtesy of the Reshoring Institute. Molds, tools and dies on a Chinese production line belong to that manufacturer in China. This means that a company attempting to reshore its production will likely leave behind its molds, tools and equipment.

I had a sad meeting recently with the CEO and CFO of an industrial products company. I had to tell them there was very little chance they would ever get their molds back from their Chinese contract manufacturer.

The company wanted to reestablish manufacturing in the United States. It had already selected a U.S. site, but needed help in reestablishing its supply base and shutting down its contract manufacturer’s production line in China. The CEO and CFO came to the Reshoring Institute for assistance with extracting their operations from China and reestablishing operations in the U.S. They were anxious to get their molds and tools home to use on the new U.S. production line. They had paid for the creation and development of new injection molds in Shenzhen and believed they owned them. They had also shipped some U.S.-made molds to China, believing that they retained ownership of those, too. After a review of their Chinese manufacturing contract, I could see clearly that they would never get their molds and equipment back. 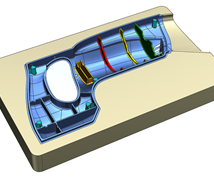 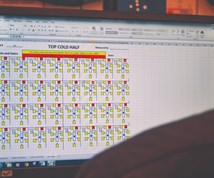 Moldmaking in China is a fact of manufacturing life. Moldmakers know that having a mold made in China can be as much as 50 to 60 percent cheaper than having one made in the United States. In addition, Chinese original equipment manufacturers and contract manufacturers are likely to have engineers on staff and CAD/CAM software available to design and develop their own molds. Chinese engineers have become proficient at the technical side of mold development. For these reasons, many companies have paid to make molds successfully in China.

We used to be frustrated by low-quality molds, tools and dies from Asia that were often jury-rigged with primitive approaches. Molds like this resulted in finished products of poor quality, production interruptions and endless rework. We have always known that the art and skill in moldmaking was a sophisticated process for the most experienced professionals. In the past, manufacturers often had to produce molds and tools in the U.S. and ship them to production sites in China to assure quality. But over time, the Chinese got much better at these skills and started producing molds and tools on par with global standards.

Today, China graduates many thousands more engineers each year than the U.S. Most of these engineers go to work in the enormous Chinese manufacturing sector. Over the past 25 years, Chinese design and manufacturing engineering has become quite sophisticated, using the latest software, tools and production techniques. U.S. companies sourcing and manufacturing in China now expect high-quality products at low cost, which presents a dilemma for companies trying to reshore.

Molds and products. U.S.-made molds, tools and dies may be shipped to China, they may be developed and produced under design direction by the U.S., or they are fully designed and made in China. However, if they end up at a manufacturing site in China, you may never get them back.

Production assists like molds, tools and dies are typically thought of as part of the Chinese manufacturing infrastructure. Once in place on the production line, these things now “belong” to the manufacturer. At that point, the Chinese simply believe they own it. If a company continues to produce the same product with no new molds in China, this may not be an issue. But if a company decides to reshore its production, the molds, tools and equipment will very likely stay behind.

Even with an OEM agreement and strong contract language, it may be impossible to retrieve production molds and tools. An attorney with experience in Chinese contracts will explain that ownership of molds, tools and other equipment must specifically be called out with serial numbers in the initial contract, and should be written in Chinese language. All parties must sign and confirm the contract. Even then, it will likely be difficult to enforce. Some companies have tried to require a deposit before equipment is shipped to China for production, but this approach is rarely successful.

Contracts in China are viewed and interpreted differently from the Western world. In China, a contract is just a baseline or starting point for the relationship between two parties. In the Western world, a contract is viewed as the memorialization of all the negotiated terms. Those in the U.S. may believe they have protected their rights to equipment ownership, while those in China think the contractual language is just the starting point for further discussion once the equipment is being used.

In addition to having developed or delivered molds to a Chinese OEM, a company has also taught the manufacturer how to make its product and where the raw materials are sourced. A Chinese manufacturer can (and most likely will) use their customer’s molds and continue to produce the exact same product under a different label, long after the U.S. company has exited China. Chinese manufacturers will continue to produce former product styles and aging products and sell them to developing countries under a different brand or label. Markets for aging products and previous models in other developing countries may continue to be strong for some time.

One strategy that we regularly encourage is for companies to make only old product models in China, leaving all new model production in the United States or in Western Europe where patent and copyright laws are the strongest. Another effective approach is to source subassemblies or component parts from different regions so that no contract manufacturer has a complete blueprint of how to manufacture the finished product.

People, permits and supply chain. Molds and processes are not the only “gotchas” when leaving a foreign location. Companies must also consider employment contracts and must obtain the proper permits from the Chinese government to shut down a factory.
The rebuilding of a company’s supplier base can also be a lengthy process in the U.S. As companies moved production offshore in the 1990s and early 2000s, the raw materials and component suppliers also moved offshore. This means that finding qualified U.S. suppliers can be a bigger task than many realize. Helping suppliers reshore or finding new U.S. suppliers can take as long as 18 to 24 months.

Finding workers with experience and the needed skills is yet another part of reshoring that lengthens the process. Most U.S.-based manufacturers are painfully aware of current skills shortages in welding, machine operations, mold, tool and die making and engineering. Community colleges across the United States have stepped up to fill these gaps and provide skills and education for people interested in manufacturing. Manufacturing jobs pay relatively well and demand for skilled workers is high, which creates attractive opportunities for those who do not want to pursue a four-year degree.

Reshoring is the right thing to do to rebuild the middle class in the U.S. and bring jobs back, if it is economically feasible. This means that all costs of leaving a foreign location must be considered, including leaving molds and equipment behind, paying out employment contracts, reestablishing the supply base and finding skilled workers in the United States.