A review of considerations that tooling engineers will need to keep in mind to ensure success within cleanroom environments.

Cleanroom molding is benefited by components such as slide retainers, interlocks, as well as pins and bushings designed for these environments. Images courtesy of Progressive Components.

Cleanroom molding is benefited by components such as slide retainers, interlocks, as well as pins and bushings designed for these environments. Images courtesy of Progressive Components.

Cleanroom tooling and manufacturing has been a fast-growing industry segment for more than 30 years. Initially, pioneering companies first built cleanroom molding environments to service healthcare and pharmaceutical customers. But those are not the only industries that demand adherence to strict contamination-free protocols. Others include semiconductor assembly, biotechnology, aerospace and food packaging.

In fact, the cleanroom culture has grown beyond the medical and food packaging segment of the molding community. Many automotive and consumer electronics parts require decorating. These processes can be adversely affected by contamination. Dust, lint, hair, grease and release agents can greatly affect the finished product due to downstream operations.

Because these demands will only grow, so will consideration grow for tooling that is headed for the cleanroom. Therefore, we’ll review considerations that tooling engineers will be keeping in mind more and more.

According to GlobalSpec, an online engineering resource, “Cleanliness class is a standard determined by the contamination control industry. They currently use a government specification known as Federal Standard 209D to provide a qualified and standardized method for measuring how clean the air is in a cleanroom. Six classes have been established to designate cleanroom cleanliness. The class number refers to the maximum number of particles bigger than one-half of a micron that would be allowed in one cubic foot of cleanroom air. A Class 100 cleanroom, for example, would not contain more than 100 particles bigger than half a micron in a cubic foot of air. The six classes are Class 1 (ISO 3), Class 10 (ISO4), Class 100 (ISO 5), Class 1,000 (ISO 6), Class 10,000 (ISO 7), and Class 100,000 (ISO 8).”

From a tooling and molding standpoint, many companies have to adapt their manufacturing floors to meet these requirements and maintain the standards set forth by their customers, or their own internal quality requirements.

“The first question you ask is ‘How clean do you need it to be?’” says Steve Johnson, president of MoldTrax. “Packag-ing may not be as stringent in protocol as medical. Depending on the requirements of the part, the cleanroom standards will be set.”

In medical molding, for example, air is filtered through HEPA systems and checked periodically. If the air seems dirtier than expected (i.e., from residue off the molds), hoods are installed over the molds to help filter particulates out of the room. Other types of contamination that can occur include when a part ejects off of a core. Peeled undercuts can result, maybe from a bead or thread on the part. Static may make these stick to the part. Contamination also can come from a gate separation on a hot runner.

Bio burden tests also are conducted to test for bacterial growth. Other precautionary measures include taking a sheet of thick, clear rubber and completely surrounding the press so that it literally becomes a cell. A company may have 50 presses, but only 10 of those have to be Class 100,000 cleanroom. Putting press operators in gowns with gloves, booties, masks, hairnets, etc. also is common. Press operators cannot leave for a break with this equipment on and then come back, and quality control part sampling plans, based on the type of contamination that must be avoided, are put into place. These samplings may occur hourly for very sensitive products to ensure safety.

“It’s all part dependent and environmentally dependent,” says Johnson. “For third party molders, these standards will be directed by the customer via specs. Proprietary molders usually have their own internal specs and work to maintain that. Anything that could possibly touch a highly sensitive part is swabbed down with alcohol. In some cases efficiency can be significantly reduced because much time is required to clean conveyors, tie bars and other components. As a final step, parts are sometimes radiated. If contaminants aren’t filtered out by the HEPA or killed by the alcohol, etc., then it can be radiated just to make absolutely certain it’s clean.”

The benefits of cleanroom molding are profound; however this capacity does not come cheap. Terry King, Manager of Molding Technologies at medical products producer Hollister, Inc. in Libertyville, IL, states, “If you look at a typical product produced today, especially from a lean point of view, and what’s required to produce the product, only 10 percent of the time is spent in molding actually ‘doing things’ or adding value. A typical part costs about three to eight cents, but the amount of cost downstream in packaging, sterilizing or waiting time, holds the majority of the finished product cost. By operating a cleanroom you are reducing the waiting time to get sterilizing and other secondary processes done because you do as much as possible up front in the cleanroom. So the whole drive to mold things in a cleanroom is to reduce the waiting time, and the cost of inventory or WIP (work in Progress). There are huge benefits to molding in a cleanroom.”

Contamination relates to all molding, but when you get into the area of medical you have to be extremely careful with silicone-based products. You can’t use them. They can negatively impact decorating processes, too, because they cause imperfections in painted surfaces. Debris from the material causes what is known as “fish eyes,” or small pin points, on the parts.

Johnson lists several additional sources of contamination: particulates from ejected parts, initial gate separation from cold runners, peeled or shaved undercuts, and also beads, shoulders and threads. Particulates include little pieces of plastic and can be microscopic, like dust.

One source of contamination is called metal butter, which is graphite dust caused by two pieces of dry steel—not properly lubricated—rubbing together and galling, creating metal dust from the galling action.

“Metal butter can result from ejector pins, latch locks and other components that move in a mold,” explains Johnson.

To address this, there has been development of components, which include SRT slide retainers that do away with this metal butter because they roll/slide instead of creating friction. Also, traditional interlocks also can cause friction and dust, and needle bearing locks have been developed to eliminate wear conditions which can cause contamination.

SRTs and NB locks are a first step in reducing the grease needed for injection molds, with additional items being added specifically with cleanroom applications in mind. This is in addition to items such as ejector pins treated for lubricity, and QC bushings that include a patented Teflon™ wiper. Together, these components are mold design considerations for molds destined for the cleanroom.

Once in the press however, other sources of contamination can crop up, such as internal and external water leaks, along with hot runner valve gate system oil leaks. Only top shelf couplings and fittings should be used on new tooling, in order to avoid debugging issues later.

Little Dab Will Do Ya

“Another big source of contamination is over-greasing,” says Johnson. “You have to grease what components are used, but there is a risk of overdoing it.” Selection of lubricants for cleanroom applications is very important. DuPont Krytox™ is a preferred product that works well in high temp applications because it doesn’t run. It stays put; and a little bit goes a long way. There are a lot of greases out there, but food-safe greases don’t normally give you protection over 300 degrees.

With all mechanical devices and equipment, maintenance is required. It’s surprising, however, the lack of attention to maintenance that some mission critical molds may receive.

Johnson notes, “With medical molds, if there’s a problem in the field the customer wants answers. As far as addressing contamination issues, one needs to be able to say ‘This particular mold is pulled every 250,000 cycles and we require a major tear down where everything is taken apart and cleaned’. Documentation is critical.”

“It’s crucial,” says King. “If you don’t have a detailed maintenance program or plan, it’s like driving your car with no oil in it. Why would you spend all this money building a mold and not maintain it? We add cycle counters to the molds or set up a schedule where the press is stopped after so many hours of run time to perform scheduled cleaning operations. Maintenance cannot be overemphasized. It keeps overall operating costs low and up times where they should be. It’s preventative maintenance, not just maintenance.”

As plastic processing and quality requirements have evolved, so must tooling and components evolve to support these new standards. While some will default to “This is how we have always done it,” other forward-thinking companies will challenge the old standards in search of innovation, relieving the burden of potential contamination by reducing or eliminating its biggest culprit, a lubricant (grease, oil or spray) added to moving components of the tool.

Putting It All Together

It’s time to provide engineered solutions to the common problems that plague the cleanroom molder as well as the molder looking to reduce the frequency of maintaining typical actions found in everyday molds.

By selecting components that function without creating friction, then selecting the proper lubricants and instilling stringent maintenance practices, those in mold design and maintenance will be doing what they can to ensure success within cleanroom environments. 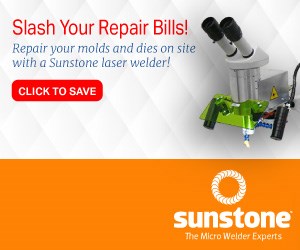