The 2020-2023 version of MoldMaking Technology's EAB features a new crew of 12 industry professionals. Here's one of them.
#editorialboardinsight

The next member of our new Editorial Advisory Board is James Jergens.

James is currently the operations manager for Ernie Green Industries, a medical and automotive injection molder with nine manufacturing sites across the U.S. He is fiscally responsible for managing all aspects of product development and injection mold procurement while managing 29 highly-skilled tooling professionals. 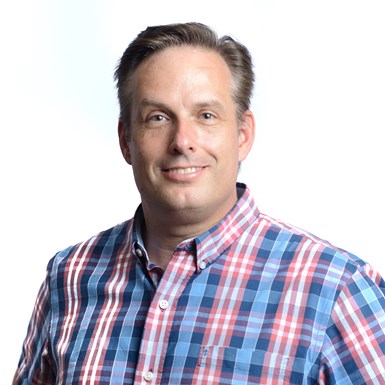 James grew up helping out in his father’s shop, aspiring to be a mold designer. He attended high school, spending two years at a joint vocational school for industrial drafting. Once he became a lead designer, he pushed his father’s company into CNC and 3D mold design. In his mid-20’s﻿ he started his own design company while working a night job at Delphi as a tool designer. After six-months he was put on a special project to develop a plastic cross-car beam for the mid-90’s Grand Am.

After three years, he closed his business and worked for several industrial and automotive injection molders. He gained a lot of experience with high temperature and engineered resins. Steel to plastic conversions became his strong suit. During this time, he was responsible for building tools and providing support from quote to part qualification.

After two years, he added the tooling operations manager to his role, which he holds today. By using a new leadership method, he has helped to increase efficiency with existing equipment and grow profit substantially.

In his mid-30’s, he went back to his father’s 60-man mold shop as the general manager. The shop was in trouble and eventually went out of business. In 2005, he gained a new business partner and launched Global Source Manufacturing, focused on sourcing injection molds and progressive dies from low-cost countries. After selling this business to a venture capital group, James moved on to a tier one automotive company as a purchasing manager, responsible for finding and sourcing tools domestically and internationally.

After two years, he added the tooling operations manager to his role, which he holds today. By using a new leadership method, he has helped to increase efficiency with existing equipment and grow profit substantially.

James is trained in CAD/CAM, CMM, quality system management and lean manufacturing. He holds several patents, including one for the plastic cross-car beam for the mid-90s Grand Am. His area of expertise includes shop management, as well as product design and development through to mold development and part qualification.

Over his EAB term, he hopes to mentor the next generation on how to build molds using science and good leadership methods that drive profit and sustainability. He also wants to learn more about moldmaking from other experts and get acquainted with other industry leaders.

James has a wife and five children. He recently moved to Rochester, New York, from Dayton, Ohio. In his free time he is active in his church, goes on global missions and enjoys biking, hiking, Jeeping and traveling to meet people from different cultures and walks of life.